While the media rushed to explain the eco­nomic causes when Forever 21 declared bank­ruptcy two weeks ago, there’s one issue they didn’t mention: fast fashion.

The Wall Street Journal reported that until the late 1970s, the U.S. pro­duced at least 70% of the apparel that Amer­icans pur­chased, according to the Bureau of Labor Sta­tistics. In the late 1980s, “fast fashion” broke out, and con­sumers could pur­chase “trendy, inex­pensive gar­ments mass pro­duced at lightning speed in sub­con­tracted fac­tories and hawked in thou­sands of chain stores world-wide.”

Pro­fessor of Political Economy Gary Wolfram explained that the rise of online retail and the U.S. tariffs on China were probably the leading causes of Forever 21’s col­lapse.

“A rea­sonable amount of their material came from China,” Wolfram said. “If they’re cheap fashions, that means they’re trying to sell a lot at a low margin. When you have a tariff, that means your margin is already low. I don’t know this, but I would guess the tariffs have a sig­nif­icant effect on Forever 21’s business. Had they been selling high-end fashion, I’m going to bet they would have done better.”

But while fast fashion wasn’t the leading cause of Forever 21’s bank­ruptcy, over the past several years, con­scious fashion-lovers have called out Forever 21 and other similar clothing stores for selling “fast fashion” — mass-pro­duced, impos­sibly-cheap clothing, only made pos­sible by foreign laborers working 14 – 16 hour days to satisfy quotas. These com­panies are able to sell extra­or­di­narily cheap products by man­u­fac­turing in coun­tries where laborers making as little as 14 cents an hour, or in some cases, are gov­ernment-forced.

Many coun­tries such as Bangladesh, Uzbek­istan, and China — the global leader in clothing pro­duction — also hire child laborers to work in the dan­gerous machinery from as young as 5 years old.

Mar­keting Coor­di­nator William Persson, co-host of Hillsdale’s “Green Is The New Black” podcast, said the fast fashion industry also pro­duces a lot of waste, both in extra clip­pings and in leftover clothes at the end of each season — for a store like Forever 21, that can be as many as 52 of these “seasons” in one year.

“In order to protect the brand, whatever isn’t sold a lot of com­panies will burn or get rid of somehow, to maintain brand integrity,” Persson said. “This is dan­gerous because a lot of the mate­rials are syn­thetic, and so burning them releases a lot of chem­icals into the atmos­phere.”

Senior Lillian Schmitz, who designs cos­tumes for the theatre department and plans to be a costume designer after she grad­uates, explained the time-cost of making just one piece of clothing.

“It took me probably five or six hours to make this skirt,” Schmitz said. “Making a little clutch or some­thing, that can take two hours, but I’ve done ball­gowns and those can take any­where from 40 to 60 hours. It depends on the design.”

Schmitz explained that while a factory is much more effi­cient at pro­ducing these things than one person, the clothes-making process is arduous. Most fac­tories break down the labor process, with each person sewing one side seam or a hem, she said. Because clothes have to be pro­duced extremely quickly to keep up with the trends, they are not made with much care.

“I think it has stemmed from our necessity to always have new things, our mate­ri­alism,” Schmitz said. “Yves Saint Laurent has this quote about how trends change, but style is eternal. It’s really easy to go online and if you want that dress for $10 in two days, you can have that. It’s instant grat­i­fi­cation. I think it’s important to invest in pieces you really love, and think about the quality of your clothing more than the quantity of it.”

Because the overseas fac­tories are run by a third party, whether the gov­ernment or another company, they are not ulti­mately respon­sible for ensuring good labor con­di­tions. If con­sumers don’t want to support the man­u­fac­turing methods, that’s their choice, Wolfram said.

“The con­sumers are the ones,” Wolfram said. “If they didn’t want to buy the clothing from the Chinese slave company, than the Chinese gov­ernment wouldn’t be able to sell it.”

But Wolfram said the extent to which American con­sumers can change these hor­rible con­di­tions is limited.

“Slavery’s a bad thing, and if we want to say as con­sumers we shouldn’t be buying that product, we can say that,” Wolfram said. “There’s a dif­ference between being forced — that we shouldn’t have — but how can we enforce anti-slavery in another country? That’s a hard thing to do. We can boycott slave labor, but who knows what the gov­ernment would do if we did? They may just keep low­ering the price, and keep doing it.”

Senior Reagan Cool said she used to shop at Forever 21, but because of the cheap quality of clothing now shops at other stores, looking for quality over quantity.

“A lot of times it’s just for the budget,” Cool said. “You look at stores like Forever 21 and is the material as good? No. Am I going to wear it in six weeks? Probably not. But then you look at the store model, and that’s what makes money: The fashion are fast and it’s okay that they’re cheap because they’re going to go out of style so quickly. It’s rewarding to see that that’s not even prof­itable, because it’s wrong in so many other ways.”

Cool explained that the problem with fast fashion is it cul­ti­vates an attitude of needing the trends right when they come out.

“The whole allure of fast fashion is, ‘Wow, oh my gosh, that’s so cute and look who has it, I need to look like that,’” Cool said. “‘Oh my gosh, look, she’s already dis­posed of that, and now I look at that thing that she has, I need that.’ The attitude of inad­e­quacy that it per­pet­uates is extremely unhealthy men­tally.”

Cool said instead of shopping for “the sweater of the season,” we should use this as an oppor­tunity to shop for pieces that last us much longer — quality over quantity.

“Obvi­ously, the ideal would be cheap and available and ethical, but you can’t really have all three,” Cool said. “H&M was starting down the track of Forever 21, but they realized that wasn’t popular, so now they have H&M Con­scious, which is fairly well-made.” 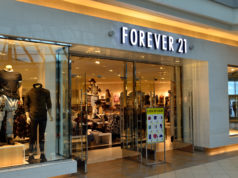 The end of fast fashion: A race for consumer meaning 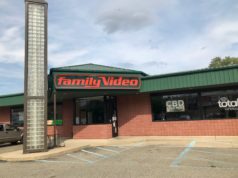 Hillsdale’s Family Video was bought by Dollar General, will close its doors Sept. 30 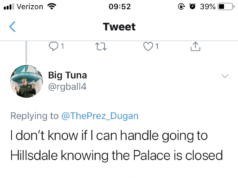 Say goodbye to pancakes at the Palace