After years of stu­dents trudging over the dirt path between Hillsdale St. and Howard Music Building, Hillsdale College has finally taken the hint and paved a sidewalk. Rich Péwé, Hillsdale’s Chief Admin­is­trative Officer, explained that the sidewalk has been on the con­struction agenda for quite a few years but was bumped up the list to ensure stu­dents a safe walk to Howard before the snow and ice cover it again.

“We’ve grown con­cerned about slipping and falling,” Péwé said. “With the hard surface to brush and plow, it will be easier to keep the entry to Howard clean of snow and mud.”

Péwé said he thinks that no other similar projects are in the works, although they will con­tinue to look at well-trav­elled routes of stu­dents.

Music and art stu­dents alike appre­ciated the new addition to their walk to class. Reagan Linde ’22, an art major, said she was shocked when she saw the con­struction begin.

“I legit­i­mately shed a tear when I saw it being paved,” Linde said. “I’m glad that the college is rec­og­nizing that it’s a well worn area and putting in a sidewalk makes it much easier for stu­dents who fre­quent Howard and Sage.”

Zsanna Bodor ’21 plays the violin, sings in choir, and is majoring in music; she had walked the dirt path many times with her fellow musi­cians.

“Over the past few years, my friends and I have trod that path to Howard hun­dreds of times, even in rain or snow, often getting quite muddy in the process,” Bodor said. “Some of my friends say they’ll miss the old path though, and I do agree with them in part. There is some­thing sweet and nos­talgic about walking along a beloved little path that your own two feet have helped to create.” 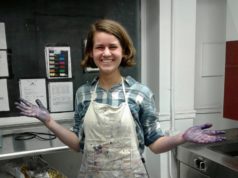 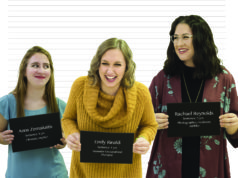 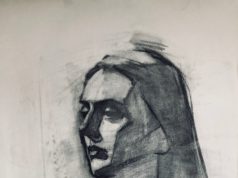