The current era marked by political unrest and division between parties and branches of our gov­ernment is nothing new to our history. What is dif­ferent, however, is the president’s under­standing of his role in current cir­cum­stances.

In his own way, Pres­ident Trump is getting to the root of what people really want. The American people want security — pro­tection and reas­surance that their regime will prevent fraud and abuse by any means nec­essary, while ensuring that each person could feel ful­filled in their com­mu­nities and their work. This may seem broad, but America’s def­i­n­ition of security is changing as we speak, which might lead to a change in the role of our gov­ernment.

A government’s primary role is con­cerned with security, but every gen­er­ation has the oppor­tunity to define what the scope of that security is, finan­cially, mil­i­tarily, morally. The Pres­ident has tapped into the well­spring of security that con­tinues to attract indi­viduals dis­sat­isfied with business as usual in Wash­ington, D.C.

For example, politi­cians accept that illegal immi­gration is a problem, but twiddle their thumbs instead of fixing it.
Trump cam­paigned as a de-aligning figure, a wrecking ball thrown against the gilded insti­tu­tions of Wash­ington, D.C. set upon demol­ishing the pre­vious status quo. He attacks his political oppo­nents mer­ci­lessly, ignores expe­diency for pru­dence with a long-run approach, exposes cor­ruption, and speaks hon­estly — even if some­times incor­rectly with false infor­mation. And he demon­strates a genuine care for the American people.

But what will be left in his wake?

According to the theory of realignment, history illus­trates a political party system which realigns in terms of platform and policy every 36 years, as a result of gen­er­a­tional dif­fer­ences and a dra­matic change in party alle­giance. If this is so, a realignment is soon imminent. I do not think Trump is that realigning figure, nor do I think he sees himself as that. He is lev­eling all pre­vious stan­dards, paving the way for a realignment.

Fol­lowing Trump’s pres­i­dency, what will be the new defining char­ac­ter­istics of the Right after the pre­vious attempt at fusion between lib­er­tar­i­anism and social con­ser­vatism in America?

We can only predict what will come in prin­ciple, but I believe it is essential to prepare for the future in our limited capa­bility to know. We must ask the right ques­tions in order to identify the New American Right, as Sohrab Ahmari calls it, when it actually arrives. This upcoming phi­losophy is a fun­da­mental rejection of unre­strained clas­sical lib­er­alism — one without guardrails — which yields a con­tinual fight for endless and aimless indi­vidual autonomy.

This new political ide­ology artic­u­lates the con­nection between true liberty and respon­si­bility. It encourages self-restraint and announces that man ought to be judged as an indi­vidual while he is under­stood as a part of the com­munity. It will under­stand gov­ernment as a means of both pro­viding security and encour­aging the preser­vation of a moral society. It under­stands society’s need for ori­en­tation toward that “highest good.” People don’t want liberty for its own sake; they want the pro­tection of liberty to seek ful­fillment.

The New American Right will not worship the free market like the con­ser­v­a­tives of the past. For them, free enter­prise will be a tool, his­tor­i­cally-proven to be the best mech­anism for pro­moting human flour­ishing. It is a means to help build a society, rather than its own end in which the people may conduct them­selves with or without good aims.

Those under this banner will likely deeply revere the Founders, bear witness of the des­e­cration of the Con­sti­tution, and morally oppose the ethical and cul­tural dis­in­te­gration of the United States. They will under­stand this on account of government’s neglect of immorality, anti-reli­giosity, and class warfare. Our system of gov­ernment is designed for a moral people, but morality is not spon­ta­neous. A well-ordered society needs guidance by good leaders and policies.

We are beginning to see actors emerge in this mold, such as Con­gressman Andy Biggs, R‑Ariz., and Con­gressman Dan Crenshaw, R‑Texas. Senator Josh Hawley, R‑Missouri, empha­sizes the necessity of encour­aging morality, and the threat big tech poses to the American polity. These three indi­viduals are more artic­ulate ver­sions of Pres­ident Trump in some form or fashion, and they will have the chance to rebuild the political sphere after his exit.

If Trump is re-elected, the United States will see a surge in this trend of defiance against aimless indi­vid­u­alism. I predict we may see a realignment toward a new ide­ology that cham­pions the citizen — the person who has duties to the com­munity and for whom the gov­ernment secures the ability to pursue per­sonal plans ordered toward a higher purpose.

Weston Boardman is a George Wash­ington Fellow and a senior studying eco­nomics. 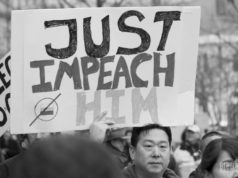 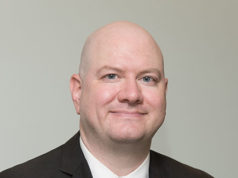 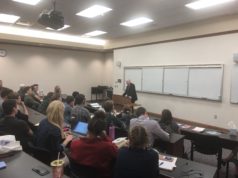