As a college athlete, the NCAA barred me from pub­lishing my book, even if I donated all of the profits, as it would be a way for me to use my “name, image, and likeness,” and build my brand.

But I still don’t think ath­letes should be paid. As ath­letes, we’re given an oppor­tunity to play the sports we love while receiving schol­ar­ships and degrees, and for that I think we should be grateful — even if it means I have to wait two more years to publish my book.

On Oct. 1, Cal­i­fornia passed its Fair Pay to Play Act, which stops four-year insti­tu­tions and ath­letic asso­ci­a­tions from pre­venting their current or prospective student-ath­letes from receiving com­pen­sation for the use of their name, image, and likeness. But this law goes too far and threatens the idea of amateur ath­letics.

While ath­letes may feel their schools take advantage of and profit from their ath­letic per­for­mances, this new leg­is­lation has the potential to cripple college ath­letics and it show­cases the entitled atti­tudes of some elite ath­letes. Mil­lions of people go into debt for an edu­cation and mil­lions of kids pay to play the sports they love, yet some of the top college ath­letes aren’t grateful enough to play the sport while getting a free degree.

The Center for American Progress released a report in June 2019 saying that one-sixth of America’s adult pop­u­lation makes up for $1.5 trillion in federal student loans, not including the esti­mated $119 billion in private loans. The fact that some of these ath­letes even get into top-rated schools is an honor, let alone the full-ride schol­arship pre­venting them from becoming a part of that sta­tistic.

Too many of the NCAA’s top ath­letes are priv­i­leged but fail to see it. Maybe it’s because their sport con­sumes most of their time and they feel they should be com­pen­sated for that. Under­standable. But on average, student-ath­letes in Cal­i­fornia receive $28,000 a year in tuition schol­ar­ships (not including any room and board), $1,000 per month for extra spending money, and have access to multi-million dollar facil­ities for practice and games.

He under­stands the impact an ath­letic schol­arship can have, and his story has nothing to do with injustice.

The world of college ath­letics inspires younger kids and is seen as a dream — a dream current NCAA ath­letes take for granted.

College ath­letes receive recog­nition because of the schools they rep­resent. Zion Williamson wasn’t an amazing and well-known athlete before heading to play for the win­ningest coach in men’s college bas­ketball history. Duke pro­vided Williamson with an audience and an oppor­tunity.

Playing at the col­le­giate level gives ath­letes a platform from which they can build their careers. They aren’t paid in cash for those four years of work, but at least they’re building a brand and making con­nec­tions without having to go into debt.

Not only will the NCAA suffer, but so will Cal­i­fornia. Ath­letes already com­plain they don’t get a good edu­cation because they’re too bogged down by ath­letic demands. How will they find time to film com­mer­cials and fulfill endorsement con­tracts? They’re already shirking their aca­demic respon­si­bility. With agents roaming around and the temp­tation of money and fame, their ath­letic respon­si­bil­ities are bound to suffer next.

The Fair Pay to Play Act brings with it a host of other issues. If the NCAA stands by its original stance on ama­teurism, it won’t accept Cal­i­fornia schools as members. Cal­i­fornia schools will recruit the nation’s best players by flaunting com­pen­sation without restriction and the rest of college ath­letics will be weakened.

And let’s not forget that col­leges receive tax exemp­tions as non­profit orga­ni­za­tions. If ath­letes start receiving pay­checks, the state of Cal­i­fornia is going to reap the tax dollars.

Perhaps the NCAA isn’t the only orga­ni­zation ben­e­fiting from the hard work of college ath­letes.

Calli Townsend is a junior studying sports man­agement and is an assistant sports editor for The Col­legian. 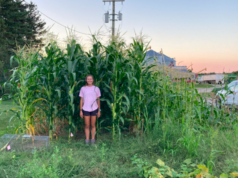