Abbo cor­rectly points out that demand for insulin (and many other life-saving med­ica­tions) is inelastic, meaning that people buy close to the same amount even if price increases steeply.

But this is only a problem for con­sumers if there is limited com­pe­tition among the sup­pliers of a good or class of good. My demand for food is also rel­a­tively inelastic, but if Kroger tries to charge me $50 for a loaf of bread, there are many other stores eager to win my business with more rea­sonable prices.

Com­pe­tition is the consumer’s guardian.

But com­pe­tition within healthcare markets is weak, and mainly because gov­ernment policy makes it so. A few man­u­fac­turers are able to charge sky-high prices for insulin because the federal patent system gives them near-monopoly power. Firms have been known to maintain such power through ruthless legal strategies, including suing potential com­petitors and “ever­greening” patents with insignif­icant product improve­ments.

Existing hos­pitals and medical service providers pull off the same trick, for instance by using state-level “cer­tificate of need” laws to limit com­pe­tition. If an entre­preneur wants to open a new health facility in Michigan, increase the number of beds in a hos­pital, or start pro­viding certain new medical ser­vices, she needs to get per­mission first from an arm of state gov­ernment, which works off review stan­dards developed by a com­mittee mostly com­posed of industry insiders. On a more general level, but on the same theme, pro­fes­sional orga­ni­za­tions of existing doctors work to limit the number of new doctors.

And there are, of course, many other ways gov­ernment policies distort healthcare markets — the most salient probably being the bias built into the tax code towards employer-pro­vided health insurance, which is often insen­sitive to patient needs.

So Abbo is partly right to sense that many profit and price phe­nomena in our healthcare system are anti­social. What he doesn’t reflect on is that they can only exist because of existing gov­ernment inter­vention in the market.

We wouldn’t help a poi­soned patient by giving him more poison — why should we try to fix our tor­tured healthcare system with yet more gov­ernment involvement, poten­tially stripping even more power away from indi­vidual patients? We need more real free enter­prise in healthcare — not less.

Christopher Martin is an asso­ciate pro­fessor of eco­nomics at Hillsdale College. 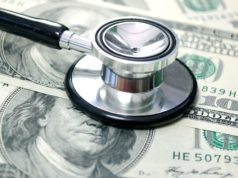