The best advice Hillsdale alumna Faith Liu ’16 shared with aspiring screen­writers and film­makers was to learn to connect with a world that is “vastly dif­ferent from your own.”

“Most Hillsdale stu­dents I knew, and probably the ones you know, will go into con­ser­v­ative pol­itics, teach at a clas­sical school, get married to another Hillsdale student, et cetera,” Liu told a group of stu­dents Wednesday afternoon, at a talk titled “Hillsdale to Hol­lywood: Liberal Arts in The Business of Screen­writing.”

“It’s great,” she con­tinued. “Most of my friends have done that, and I think it’s a really won­derful way to live. But for those of us who choose to move farther from home, for those of us who choose to go into academia, into law, into enter­tainment, it’s a really liberal world out there — how do you connect with those people who haven’t also done Great Books with you?”

Liu’s talk cen­tered on the impor­tance of ethos as an artist, both in how you create your artwork and in how you present yourself to the world.

“It’s the heart. It’s not about Great Books, it’s not about the shared reli­gious values or the 2 a.m. dis­cus­sions about Catholicism versus — any­thing. It’s not about dis­cussing what we had at Saga,” she said. “It’s heart — the shared human expe­rience that allows us to engage with the world at large. There’s a really trite phrase that ‘people don’t care how much you know until they know how much you care,’ and that’s what people want to see in you when you become an artist out there in the world.”

Though an English and music double-major while at Hillsdale, Liu also spent much of her time in the theatre department, taking elective classes or per­forming in plays or the theatre department’s annual Opera Workshop. She said much of this expe­rience came in handy when, on a whim and encouraged by some friends from home, she decided to apply for the Uni­versity of Southern California’s graduate school for screen­writing in the middle of fall finals week during her senior year.

Liu said she forgot about the appli­cation until the morning of the Clas­sical School Job Fair in the spring, when she got an email from USC.

“I thought, ‘Ah. These [clas­sical school] inter­views are going to be weird now,’” she said, laughing. “That was really the sign from God that pushed me out the door.”

Liu was accepted into the masters’ program at USC because, she shared, the pro­fessor who spon­sored her before the selection board noticed she had “some­thing to say.”

“He almost repeated ‘good, true, beau­tiful,’ word-for-word,” Liu said. “I think he sub­sti­tuted one of them. But he was saying that not all the people who apply to USC come in with some­thing to say. And that’s what USC and schools like it tend to be looking for.”

Her edu­cation at Hillsdale gave her not just tools, but also ideas.

“The point being that we don’t write papers to be clever, and we don’t make art just to express our­selves,” Liu said. “We do it because we have some­thing to say. And funnily enough, Hol­lywood is looking for that. They can sense that you have some­thing worth­while to say.”

Since grad­u­ating from Hillsdale, she interned with the com­panies that did the Jason Bourne movies, with the BBC, and was a writers’ assistant on Cinemax’s “Warrior,” before signing with an agent and beginning to write on assignment.

Liu empha­sized the impor­tance of getting to know as wide a variety of people as pos­sible — from the Christian book­store owners in Southern Cal­i­fornia to the South African man who has tech­ni­cally died twice — in order to tell real stories that res­onate with your audience.

Sophomore Jane O’Connor, who is inter­ested in a career in film­making, said she found the talk inter­esting because of Liu’s Hillsdale per­spective.

“It’s some­thing I’ve won­dered about a lot, the dif­ference between going to film school and going to a liberal-arts school and then doing film,” O’Connor said. “I don’t know if I was just con­vincing myself to make myself feel better, but I’ve always thought it’s better — even if you don’t have all the tech­niques — to have story. I watched a lot of really boring short films that are beau­ti­fully shot, and then crappily-shot ones that are really inter­esting. I think you get more of the latter from a liberal-arts edu­cation. It was nice to hear that there was merit to that, that we do bring some­thing more to the table.”

Senior Gabriel Listro said he con­curred with O’Connor. He added that he empathized with Liu’s reluc­tance to go into the world of Hol­lywood.

At the end of the day, it always comes down to hard work, Liu said. She shared a quote from a mentor of hers, which added to the old cliche that “when one door closes another one opens.” 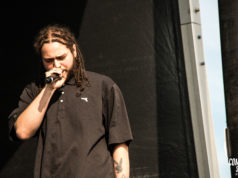 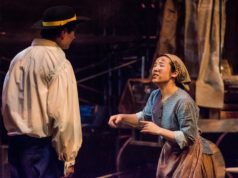