Strehle decided to stay local by accepting the position for Cold­water. Strehle said he is already using skills he learned from inside and outside the classroom, including his involvement in the theatre and music depart­ments at Hillsdale.

Reflecting on his path to his current position, Strehle credits the Hillsdale College mar­keting department with giving him a leg up in the job market.

“The summer after my junior year, I was for­tunate enough to become a social media intern for the college,” Strehle said.

After the summer internship, Strehle was pro­moted to digital mar­keting intern and oversaw many dif­ferent projects including web design and email cam­paigns for various college fundraisers and events.

From studying mar­keting tech­niques in the classroom to gaining real-world expe­rience working for the school, Strehle learned the skills for his career during his time as a student.

“I am com­pletely Hillsdale-edu­cated,” Strehle said with a laugh. “I even learned how to do my job there.”

Strehle, orig­i­nally from Sno­homish, Wash­ington, works far from where he was raised. But he was able to find a home in Hillsdale where he studied English with a minor in mar­keting. Strehle also found time between working for the mar­keting department to make his mark on the college’s theatre and music depart­ments. Most recently, he starred in the Tower Players pro­duction of “Harvey.”

He was also heavily involved in Phi Mu Alpha, one of the music fra­ter­nities on campus.

Lieb­hauser super­vised many of the projects Strehle com­pleted during his intern­ships.

“Dylan will excel in his new position with the city of Cold­water,” Lieb­hauser wrote. “I always appre­ciated his inno­v­ative ideas and reli­a­bility. Any time, I could give him a time-sen­sitive

project to com­plete, and I knew I could count on a job well done. His charis­matic demeanor and mar­keting chops will serve him well in a position that’s such a perfect fit.”

After grad­u­ating, Strehle stayed on with the school’s mar­keting team until sending his resume to Cold­water for its new position.

He now oversees the mar­keting for Cold­water as well as the board of public util­ities.

“My respon­si­bil­ities are fifty-fifty between the city and the public utility board,” Strehle said. “I oversee all the dif­ferent social media plat­forms as well as plan and organize city events.”

Beyond events and social media, Strehle is in charge of press releases and design work for the two agencies.

Pro­fessor of English Kelly Scott Franklin taught many of the classes Strehle took for his major.

“I had Dylan Strehle as a student almost every semester he was here at Hillsdale. I’m going to miss him,” Franklin said. “He and I bonded over our love of Ray Bradbury and H.P. Love­craft, and I loved the pro­duction of ‘Harvey’ in which he starred.”

Franklin is excited to see how Strehle will bring his skills to the city of Cold­water.

“This is the per­petual sadness of a professor’s life,” Franklin said. “You come to know and love your stu­dents, and in a couple of years, they move on to bigger and better things.” 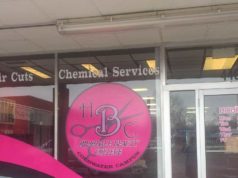 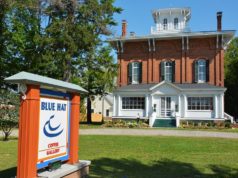