Kyle Gross — Hillsdale College’s head softball coach — never thought his daughter would follow in his foot­steps. While he joked about coaching with his firstborn during her teenage years, Kyle Gross didn’t imagine he would have the oppor­tunity to coach alongside Kylie Gross.

“I talked about it, but it was always: ‘Absolutely no, dad. When I’m done playing, I’m done. I’m done with the sport as soon as I’m done.’ And it was that way all the way up through college,” Kyle Gross said.

This season, Kyle Gross and Kylie Gross will be on the softball field together once more. Unlike before, however, he won’t be giving her signs in the box or waving her on to score the winning run. The two will sit side by side in the dugout as head coach and assistant coach, using their store­house of softball knowledge to instruct the back-to-back GMAC cham­pions.

“I’m excited to be on the other side of things and talk shop with him and Danielle about dif­ferent strategies of the game,” Kylie Gross said.

Her attitude about coaching changed after playing for 3 1/2 years at Division I Toledo Uni­versity. To her dad’s sur­prise, she received and accepted an offer from Black Hills State Uni­versity in South Dakota to coach as a graduate assistant. After hearing his daughter was enjoying her first season coaching, Kyle Gross said it was remarkable watching his daughter’s interest in the game con­tinue to grow.

Kylie Gross fell in love with the game of softball when she began playing at age 7. Her dad has coached her since the first time she set foot on a field. Her favorite mem­ories with him include pitching alongside her childhood home.

“I started pitching when I was about 10 or 11,” Kylie Gross said. “On the side of the house, it was flat enough and long enough that I could go out and practice pitching with him sitting on a bucket at the other end. I bet it’s still there – unless the new owners put grass over it – but there’s a huge dirt patch from where I would pitch three times a week.”

“I was probably there for her every minute of her pitching and practice,” Kyle Gross said.

He was always present, and Kyle Gross said that he was typ­i­cally harder on his own daughter com­pared to the other players when he coached.

“It didn’t hurt our rela­tionship,” Kyle Gross said. “She was able to respond to that pos­i­tively.”

While Kylie Gross said the car rides home from games and prac­tices could get a little inter­esting, she never felt treated unfairly. Throughout her softball career, Kylie Gross said she always felt she could ask her dad for advice about softball or life in general because the two were so close.

“From an early age, I always knew how to decipher when I was his player,” Kylie Gross said. “That really helped our rela­tionship as I got older.”

“They both know the game, and they both study the game,” Lorrie Gross said. “They also care so much about the mental state of the girls. I think that’s going to be a good thing.”

Lorrie Gross added that she’s happy to have her family together again. With her son, Kodey Gross, just a short drive away at Toledo Uni­versity, and Kylie Gross back from South Dakota, she said the family feels very close.

“It’s a good time in our lives for them to start coaching together,” Lorrie Gross said.

After cred­iting softball for shaping her into the person she is today, Kylie Gross said she gained her passion and enthu­siasm for the game by watching her dad coach over the years.

“No matter what he’s been through – he’s been at a couple dif­ferent col­leges – and has been able to bounce back from that and never give up,” Kylie Gross said. “I’m really proud of him for never giving up and getting to where he’s at today. And he absolutely loves it here, so he’s found a good spot to call home.”

After winning a con­ference cham­pi­onship in his first year as head coach, Kyle Gross said he looks forward to bringing his daughter’s knowledge of the game to the Chargers this season. During her freshman year at Toledo, Kylie Gross played every position on the field. Although she pri­marily played out­field and catcher, Kyle Gross said his daughter’s ver­sa­tility pro­vides the Hillsdale softball team with an excellent resource.

“Any player from any position could come to her with ques­tions,” Kyle Gross said. “She can give great advice to just about anybody on the team, not just catchers, or not just pitchers. It doesn’t really matter the position.”

She can answer the tech­nical ques­tions for the posi­tions she played, and because she was a high-level player, she can also answer the more men­tally chal­lenging ques­tions.

Since she grad­uated from Toledo less than two years ago, Kylie Gross said she’s still “fresh” with the game and hopes she can bring all of her own energy and passion from playing to the team. Along with a fresh mindset, part of Kylie Gross’ advice to players is to play like they’re still little kids out on the field.

“It’s a game,” Kylie Gross said. “Obvi­ously, it’s very important, and we have work to do. But we can make it a good time.”

Although they’ve never worked together, Kylie Gross said she thinks her per­son­ality will com­plement her dad’s coaching style. “He’s very intense and very focused,” Kylie Gross said. “Which is awesome, I love that. But on the flipside of that, I’m going to be able to loosen the girls up a little bit.”

Kyle Gross said the two will work hard to not be seen as father and daughter on the field, but he knows that she’ll be able to tell him when he’s going “over the top.” He also said he hopes to teach Kylie Gross more about the pro­fes­sion­alism of the sport.

With the chance to finally do some­thing he only ever joked about, Kyle Gross said he is very thankful to Hillsdale College and the ath­letic department for the oppor­tunity to coach with his oldest child.

“The idea of coaching with your own daughter, who you have coached all the way through, that’s pretty exciting,” Kyle Gross said. 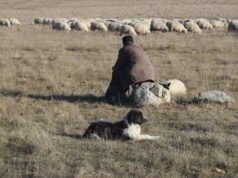 The Prodigal Son: My Journey home to the Romanian Countryside 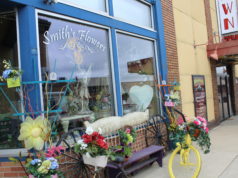 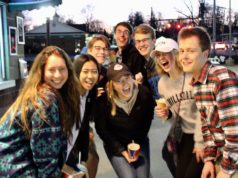 Homesickness: based on a true story