The typical model for the five videos in the series, aimed at edu­cating freshmen on the campus resources at their dis­posal, places a freshman in a common chal­lenging sce­nario and illus­trates what to do. The video topics included health ser­vices, the dean team, Career Ser­vices, the Student Activ­ities Board, and aca­demic ser­vices. Each video follows the same model: Listing a typical freshman year problem, pro­viding three options of how to proceed, and then showing the best option by taking advantage of the college’s resources.

“Tragedy strikes. One morning, you roll out of bed with a mild fever. You’re not sure, but you might be mildly hal­lu­ci­nating,” Ryd said in the department’s health ser­vices video.

He con­tinued in the video: “You have a few options. You can a.) slam a shot of Nyquil and hide in your room, b.) go to class and start a school-wide flu epi­demic, or c.) go to the health center.”

The idea for the video began in the spring when Senior Director of Admis­sions Zach Miller ’11 came to Ryd with the goal of informing incoming freshmen. From there, Ryd said he approached the cre­ative process by asking how the videos could best solve a problem. The issue, he said, was that freshmen didn’t feel pre­pared coming to Hillsdale.

When it’s crunch time, Nuñez said, it’s easy for freshmen to forget all the resources they have available to them. This series would’ve helped visu­alize what to expect her freshman year, she said.

The goal wasn’t only to inform stu­dents about the resources but also to do so in a way they would remember. This is where Ryd realized his goal of adding humor to the videos.

“For me, it was important that they were funny and fun,” he said. “We wanted to do it with a nar­rative and not just giving them the infor­mation, but by con­necting them with a face and a com­fortable and fun feel.”

Listro and Nuñez starred in the films, and Listro and O’Connor helped Ryd edit the videos.

Ryd said he was inspired by Sandwich Video among other comedic videos, and influ­ences from directors like Wes Anderson. That’s how he landed on the style for the Career Ser­vices video, which follows certain cin­e­mato­graphic rules such as movement only in one direction at a time, and no diagonal movement.

Throughout the process, the four became friends, Nuñez said. Ryd hosted them at his house to watch movies, par­tic­u­larly Wes Anderson films, from which they drew inspi­ration.

Other cre­ative choices include Listro’s idea of exag­ger­ating colors. Early on, Ryd said, they decided each video would have its own color to create a dis­tinctive style.

Ryd knew the video was created for freshmen, so telling it through the per­spective of a freshman under­going a problem would be most relatable. From there, the basic structure of the video was born: This is you, this tragedy strikes, and you have these options. It became second nature, Ryd said, and he now con­tin­ually catches himself talking like that.

After getting the structure down, Ryd said, filling it in with jokes and estab­lishing tone became the next task.

In order to make the videos authentic, Ryd included real anec­dotes to maintain the integrity of the dif­ferent Hillsdale resources fea­tured. He inter­viewed Dean of Men Aaron Petersen, who told him a story of when he saw a group of stu­dents hanging out on the Gal­loway Res­i­dence patio and brought them burgers. That line made it into the video “The Dean Team,” which Ryd said gave a flavor of the deans that they appre­ciated.

Nuñez was new to the project but said Ryd was patient and under­standing, even when filming 20 takes of the same clip.

“Chandler is the most patient director ever,” she said. “And the entire crew was really joyful and just had fun with what they were doing.”

Although she didn’t have an on-camera starring role, O’Connor did make it into the videos a couple of times. When Nuñez wasn’t around and they needed to film her hand reaching into a shot, O’Connor acted as her hand double.

“She loves saying she had a hand in it,” Ryd said with a laugh.

Ryd wrote the script for the health ser­vices video on his own, which then became the model for the other four videos. Listro then stepped in to brain­storm ideas for other videos that Ryd revised during the spring. O’Connor joined the project over the summer after already working with the mar­keting department for months. Although Listro, Ryd, and O’Connor all took the lead on certain scripts, the process for each was col­lab­o­rative.

Listro and O’Connor did well, Ryd said, espe­cially since they’re both funny. It was also helpful that they were both recently freshmen, so they could relate to the char­acters on a per­sonal level. During the brain­storming process, it helped to have the balance between writers.

“I tend to go a little bit more absurd and zany with the videos, and Chandler’s like ‘alright we can’t do exactly that,’ but even­tually we were able to figure it out,” Listro said.

When filming began, Listro and O’Connor were busy moving lights and adjusting the set.

Ryd edited the dean team video, O’Connor took the reins on the health ser­vices and aca­demic resources video, and Listro com­pleted the Student Activ­ities Board and Career Ser­vices videos. During the editing process, Ryd described the dynamic between him and his assis­tants as a director-editor rela­tionship, with him pro­viding them notes and feedback on their work that they would use to make revi­sions. Each video requires two to three weeks of editing after five days of total filming.

Ryd is pas­sionate about mar­keting and specif­i­cally about this series, Listro said, and that’s what made the videos so suc­cessful and unique.

Listro and O’Connor helped Nuñez in her scenes as well. So when Listro was acting, his expe­rience on the writing side helped him to under­stand the objective of each scene.

Nuñez, a digital content intern for the mar­keting department, said her favorite filming expe­rience was with the aca­demic ser­vices video because of how funny and relatable it is.

“I am too often the student who doesn’t get things done,” she said.

Freshmen watched the videos during their ori­en­tation week, making Listro and Nuñez some­thing of celebrities on campus. Fol­lowing the video showing at an ori­en­tation dinner, one freshman student rec­og­nized Listro from the video and con­nected with him, learning they’re both from the same area. If not for the video, Listro said, the two wouldn’t have had that instant con­nection. 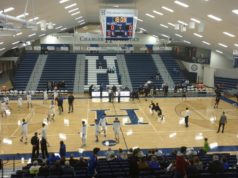 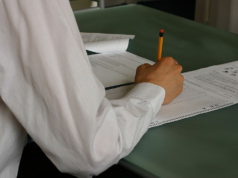 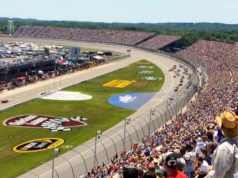