To American ears, the words “Taliban” and “ter­rorism” are often syn­onymous.

So nat­u­rally, people were astounded to find out that the Trump admin­is­tration began nego­ti­ating with Taliban almost a year ago, des­perate to end the con­flict in Afghanistan that has been going on since 2001.

After planes crashed into the World Trade Center 18 years ago, the New Yorker’s Robin Wright said:

“It would have been con­sidered delu­sional to imagine an American Pres­ident sitting down with the jihadis tied to the dead­liest ter­rorist attack on U.S. soil — and at his­toric Camp David, no less. But it almost hap­pened over the weekend, and may still.”

But after 18 years, 2,400 American ser­vicemen have been killed, and 20,000 wounded in Afghanistan. And just in the past 10 years, more than 30,000 Afghan civilians have been killed in the con­flict. And yet the Taliban has not been ousted, and in fact, con­trols almost half of the country now.

The deal that was waiting for Trump’s approval before his announcement of an abrupt halt in nego­ti­a­tions, included a with­drawal of 5,000 U.S. troops and closure of five mil­itary bases in return for the Taliban’s promise to keep coun­tert­er­rorism mea­sures against the Islamic State and al-Qaida, reduce fighting in the Parwan and Kabul provinces, and agree to hold talks with the Kabul gov­ernment.

But bro­kering this type of deal with the Taliban would mean that the U.S. is ceding part of Afghanistan to the Taliban and rec­og­nizing it as a legit­imate gov­erning force in Afghanistan.

After so many years and lives lost in the con­flict in Afghanistan, of course, the U.S. wants to get out.

“Let’s not lose sight of the fact that after eighteen years of trying,” Andrew Wilder, an Afghan expert told the New Yorker. “It’s clear that a mil­itary defeat of the Taliban by U.S. and Afghan security forces is not a real­istic option.”

But leaving coun­tert­er­rorism mea­sures in the hands of the Taliban isn’t exactly wise. It would just be leaving one harsh and incredibly cruel Islamic fun­da­men­talist group to stave off two other harsh and incredibly cruel Islamic fun­da­men­talist groups. And leaving the Afghans to them­selves, in all their fac­tions and tribes could trigger another era of insanity, like the 90s when the Taliban was born.

The Taliban was birthed in the 90s as one of the many fac­tions fighting the Soviets during the Afghan-Soviet War of 1979 – 1989. Islamist, Afghan guerilla fighters, that even­tually became known col­lec­tively to the West as the “mujahideen,” rose up against the Soviet army in Afghanistan and against the Demo­c­ratic Republic of Afghanistan.

The U.S., along with Saudi Arabia and Pak­istan, sup­ported the mujahideen in their struggle since, in American eyes, it was a struggle against Soviet Russia. The Taliban turned out to be one of the mujahideen groups that the U.S. sup­ported. Without U.S. funding during the Soviet-Afghan war, the Taliban may never have had the chance to take control of large por­tions of Afghanistan, and commit genocide, impose stringent, mil­itant Sharia law, ruin any sem­blance of Afghani infra­structure, and bru­talize Afghans.

As Pro­fessor Carole Hille­brand later said, “The West helped the Taliban to fight the Soviet takeover of Afghanistan.”

But is the Taliban thankful now? No, they just want all U.S. and NATO troops out of the country as quickly as pos­sible. So, last week when Trump announced that he was halting nego­ti­a­tions and dia­logue with the Taliban, they were peeved and warned that this could “harm America more than anyone else.”

It’s a bad idea to give legit­imacy recog­nition and power to the Taliban, but it’s also a bad idea for the U.S. to stay in Afghanistan indef­i­nitely. There is simply no good solution.

If the U.S. stays in Afghanistan, more lives will be lost, and Afghanis will con­tinue to struggle against a foreign power in their land — just like they struggled for cen­turies against the Per­sians, Alexander the Great, the Mongols, and even­tually the British.
It may be worth­while for the U.S. to leave in light of this, but there is enormous risk in leaving the Taliban in Afghanistan.

Many people fault Trump for trying to nego­tiate with the group. But many more are frus­trated that our troops have been in the region for 18 years.

There is no good solution, and Afghanistan will con­tinue to cause problems as it has for a mil­lennium.

Abby Liebing is a senior studying history and is the asso­ciate editor of The Col­legian.

Deals in the ’Dale: A thrifting adventure 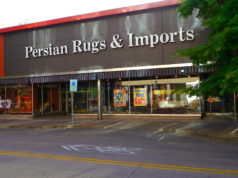 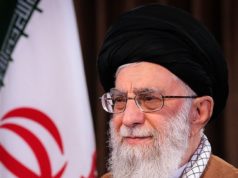