Here you are. You’ve made it to Hillsdale, and are embarking on one of the most rewarding and most dif­ficult journeys of your life so far. I hope that you find Hillsdale to be every­thing you’ve wished for and more, and to start off on the right foot, I want to indulge the Ronald-Reagan-fanatics as well as those of you who are weary of the name after hal­lowing the halls of Hillsdale for several years. He is an example that can con­tinue to inspire us no matter what season of life we are entering into.

After recently watching the CNN doc­u­mentary series “The ‘80s: The Decade That Made Us,” I could not help but jux­tapose the legacy of Reagan’s pres­i­dency during the 1980s that com­men­tators raved and ana­lyzed with the recent release of a 1971 phone call tape recording with Pres­ident Nixon. With these dis­tinct reflec­tions, I found Reagan to simul­ta­ne­ously serve as an example of the American spirit and the crisis of humanity.

In his First Inau­gural Address on Jan. 20, 1981, Reagan said, “It does require, however, our best effort, and our will­ingness to believe in our­selves and to believe in our capacity to perform great deeds; to believe that together, with God’s help, we can and will resolve the problems which now con­front us. And, after all, why shouldn’t we believe that? We are Amer­icans.”

The tasks laid before us at Hillsdale College are not for the faint-hearted. Rather, they provide us with a mission. We must, as Reagan did, believe in our fellow man and peer, and believe in the strength of our capa­bil­ities and spirit when moving through this four-year journey of aca­demic aggression while growing in maturity.

We make mis­takes while embarking on new adven­tures, and some of our mis­steps will and do affect the lives of those around us. Reagan under­stood in the midst of dif­ficult cir­cum­stances the dif­ference between res­o­lution and holding others accountable for their unjust actions, and the times for owning up to his own mis­takes.

When addressing Amer­icans con­cerning the Iran-Contra Affair, Pres­ident Reagan said, “…I want to talk about some of the lessons we have learned. I was stubborn in my pursuit of a policy that went astray. Yet the buck does not stop with Admiral Point­dexter as he stated in his tes­timony. It stops with me. I am the one who is ulti­mately accountable to the American people.”

Failure is inevitable but the grace with which we rec­ognize our mis­steps and take account­ability will change the tra­jectory for our future failings, as well as current upheaval.

But in the midst of his tri­umphs and failures, Reagan found the impor­tance of never taking himself or his critics too seri­ously. During his 1984 reelection cam­paign, many Amer­icans were con­cerned with Reagan’s frailty and age. With class and good humor, during a pres­i­dential debate, Reagan was asked if he had the physical capa­bility to work sleepless nights, to which Reagan wittily responded, “I will not make age an issue of this cam­paign. I am not going to exploit for political pur­poses my opponent’s youth and inex­pe­rience.”

In recent months, the release of 1971 tapes which record Reagan remarking racial slurs to Pres­ident Nixon have caused concern and con­tro­versy. But is it proper to smear an entire lifetime of goodness, faith, and class over a tasteless choice of words?

This is not to be cav­alier and dis­missive. Pres­ident Reagan would have held himself respon­sible for these words, as he did with so many actions during his pres­i­dency.

We all make tasteless com­ments and lack of dis­cretion with our words. We all fall short. We all have the capa­bility to smear any moment of glory with a past mistake. But these mis­takes, although defining a moment and lapse of judgment, does not nec­es­sarily define who we are or are becoming. You have failed. And, you will fail, again. There is no excuse for bad behavior and dis­re­spectful lan­guage. But there is no excuse to allow failure to hold you back from your full potential — the potential that Reagan believed the American people were capable of max­i­mizing.

Reagan was a model of faith in the American spirit and human will. Reagan focused on the pos­itive, even when the cir­cum­stances around him were dis­cour­aging. Reagan took respon­si­bility and account­ability for his short­comings. And, Reagan under­stood that life was too short to let crit­icism keep you from ful­filling your God-given potential.

The same can be said for this chapter of life that is college. It is brief. It happens to be the same length as a pres­i­dential term. And, it is an inevitable period of vic­tories and failures. Reignite the spirit of the Reagan Rev­o­lution in your hearts: Trust in your fellow peer and the spirit of the American youth. Rec­ognize the tri­umphs among the trials. Take respon­si­bility for your mis­takes, because you will make them. And don’t take yourself so seri­ously.

Whether you’ve just arrived to campus or are entering your final year, remember Reagan’s example. Remember his parting words to the American people, as he said, “They called it the Reagan Rev­o­lution. Well, I’ll accept that, but for me it always seemed more like the great redis­covery, a redis­covery of our values and our common sense…Once you begin a great movement, there’s no telling when it’ll end.” 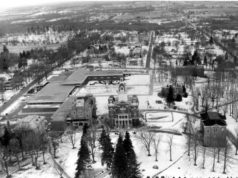 Alien sightings, mail from Ronald Reagan, and run-ins with the FBI 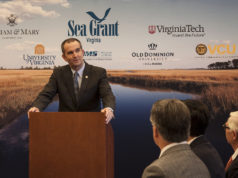 Past wrongs should be met with grace and forgiveness 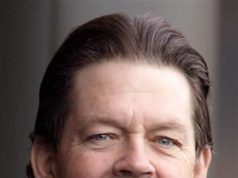