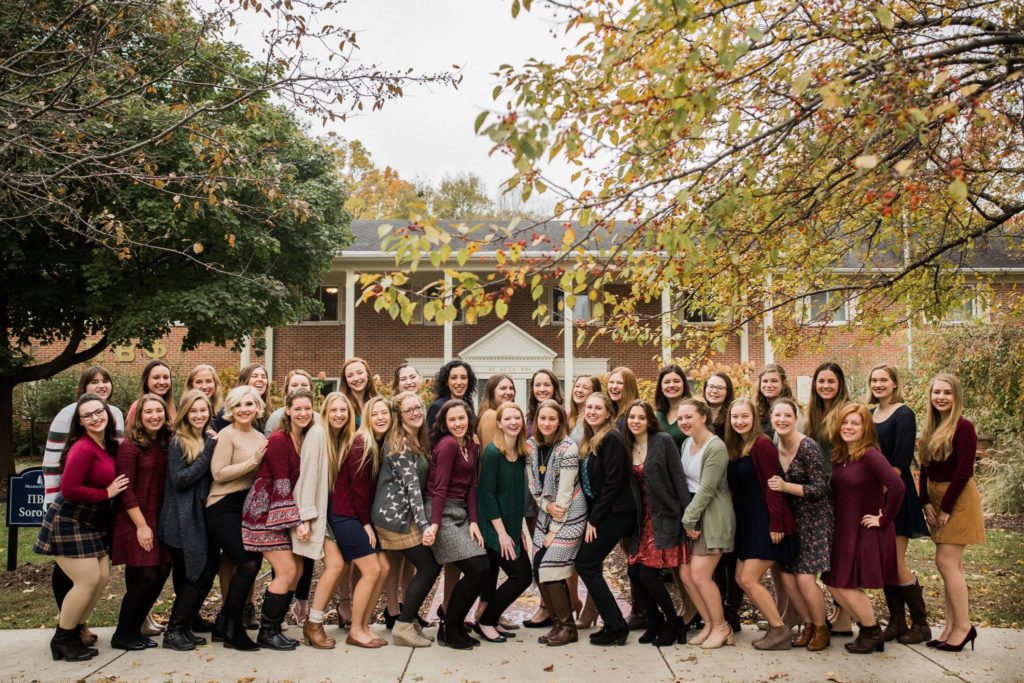 Michigan Alpha, the Hillsdale College chapter of the Pi Beta Phi sorority, has been awarded second runner-up for the 2018 Balfour Cup, a national prize given by Pi Beta Phi’s national gov­erning body. Michigan Alpha was selected out of all the Pi Phi chapters in the United States and Canada. The chapter also received second runner-up for the cup in 2017.

The award was based on the achieve­ments of former chapter pres­ident, Elise Farley, and her exec­utive team. Farley described the steps the sorority took in 2018 to ensure it would do well in annual chapter rankings.

“We started a lot of new pro­gramming ini­tia­tives to help members feel more included and in touch with one another,” Farley said. “We also tried to level-up in our values like integrity and financial value. We lowered our dues and gen­erated a schol­arship so that more girls could go to school and still be part of Pi Phi.”

Megan Bowser, chair of the Alumni Advisory Com­mittee for the Michigan Alpha chapter, was at the con­ference when the cup was awarded. She called the Hillsdale College women of Pi Phi “excep­tional.”

“Pi Phi is made up of over 125 active chapters,” she wrote in an email. “To be ranked in the top three chapters inter­na­tionally is a great honor and the result of hard work, devotion to the ideals of Pi Phi, and strong lead­ership.”

While Michigan Alpha received a trophy and $250 to donate to the phil­an­thropy project of its choice, the rewards of placing in the top-three are pri­marily the honor and recog­nition it has received nationally.

“I’m really, really proud of all the girls at Pi Phi,” Farley said. “Everyone does so much for the chapter and creates the com­munity that is able to win the awards.”

Farley also credits the college for its role in the chapter’s achievement.

“Pi Phi is really trying to adopt the mission of Hillsdale to seek out good things,” she said.  “I’d like to thank Hillsdale for giving us those objec­tives to strive for and an envi­ronment in which we can be the women of char­acter that our sorority founders envi­sioned.”