Res­i­dents are invited to cel­e­brate the Dawn Theater’s cen­tennial on Sept. 4 at 5:00 p.m. in the City Hall con­ference room. For 100 years, the Dawn Theater has sat across from City Hall and was a vibrant part of the com­munity for most of that time.

Tax Increment Finance Authority Chair Chris Sumnar said the purpose of the cel­e­bration is to make people aware of the progress being made at the Dawn.

“We want to make sure we’re cel­e­brating these mile­stones,” Sumnar said. “People can see we’re beginning to bear the fruit of what’s been a lengthy, foun­da­tional building process.”

Looking out of his office window from City Hall, Hillsdale’s City Zoning Admin­is­trator Alan Beeker said he was impressed by the building’s original brickwork revealed under the former yellow facade.

“I was excited that the carved piece of stone inset that says ‘The Dawn’ was not damaged when they pulled the panels off,” Beeker said. “Aside from the brickwork that was done, that stone is one of the few things that is orna­mental on the facade. I was really hoping it would still be intact and we would just need to clean it up.”

Beeker added that MEDC is coming to the cel­e­bration to present the official grant check for the project to Sumnar and Mayor Stockford. Sumnar, who has been in the com­munity for more than 35 years, said he’s excited to see new oppor­tu­nities for Hillsdale’s downtown through the preser­vation of the Dawn.

“The Dawn and Keefer, together, can be cat­alytic for the next phase of what’s to come in this com­munity,” he said. 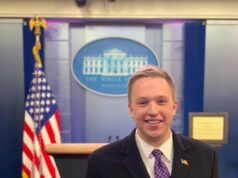 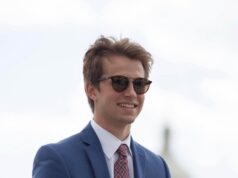 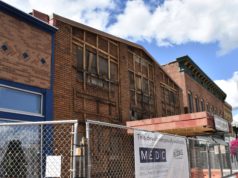