The Hillsdale Tower Dancers have been preparing for their annual spring concert since the start of the fall semester. This weekend, their efforts are finally coming to fruition.

The concert con­sists of nine pieces and a range of dance styles: clas­sical ballet, modern ballet, and con­tem­porary dance.

In addition to seeing the work of the college’s own dance faculty, audience members will be treated to a piece by guest artist Alyssa Alger of Southeast Mis­souri State Uni­versity, as well as four pieces created by student chore­o­g­ra­phers.

Two of the dances, chore­o­graphed by seniors Colleen Prince and Stephen Rupp respec­tively, were selected to be per­formed at the American College Dance Asso­ci­ation Con­ference at Wit­tenberg Uni­versity in Ohio last month.

With such variety, Holly Hobbs, Hillsdale’s assistant pro­fessor of dance and director of Tower Dancers, encourages the audience to “welcome the unex­pected.”

“Look for shapes and images that res­onate rather than searching for the expected,” she said. “Often concert-goers assume that they’re missing some­thing when they see a dance per­for­mance and can’t pick up on a sto­ryline. But not all dances tell a story. We deal with human forms and abstraction. The important thing is to focus on how the dance makes you feel.”

For the six seniors par­tic­i­pating in the concert, this year’s per­for­mance rep­re­sents the end of an era.

DuHadway said many seniors are unlikely to con­tinue dancing after they graduate.

“It’s a really emo­tional time because most of us aren’t looking to dance exten­sively beyond Hillsdale. This is ‘goodbye’ for a lot of us. We’ve had great cama­raderie this year,” she said.

Senior Colleen Prince said she hopes stu­dents and faculty will take advantage of this per­for­mance as a unique oppor­tunity to enjoy an art form not often on display at Hillsdale.

“Other than social dance, Tower Dancers is the only oppor­tunity on campus to expe­rience an array of dif­ferent dance genres and styles,” she said. “But more impor­tantly, dance is fun­da­mental to every single living person, and I think it’s very important for Hillsdale stu­dents to be aware that this art form reveals a lot about human nature, our rela­tion­ships, and the human con­dition. Plus, it’s just beau­tiful.”

Tower Dancers will be per­forming Friday and Sat­urday nights at 8 p.m. and Sunday at 2 p.m., in the Markel Audi­torium. Tickets are not required. 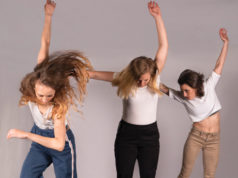 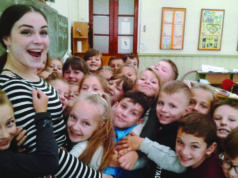