Last week, the Hillsdale College admin­is­tration announced that, starting with the incoming freshman class of 2023, it will only count credits earned at Hillsdale to determine a student’s reg­is­tration date. All outside credits from other uni­ver­sities, or credits from Advanced Placement or Inter­na­tional Bac­calau­reate exams, will not count (although they will still be used to determine a student’s overall credit total).

In essence, this means that a Hillsdale student’s course reg­is­tration date, or the day that you reg­ister for classes, will be based on entry year. This change will dis­pro­por­tion­ately harm transfer stu­dents.

As transfer stu­dents nor­mally have a majority of their general edu­cation coursework com­pleted, many are eager to start their upper-division classes. With this new change, transfer stu­dents will likely not be able to reg­ister for the upper level courses that they need, as they will have to wait to reg­ister with the class they entered with, which in most cases will be the freshman class.

“As a transfer to Hillsdale, this would have hurt my ability to finish the upper-level classes for my major,” Hillsdale alumna and transfer student Lauren Renslow ’17 said. “I went to a com­munity college to cut down on costs, and to have those credits be looked over during my reg­is­tration would have neg­a­tively impacted me. It could have even delayed my com­pletion of my major.”

Many transfer stu­dents chose to attend com­munity college before coming to Hillsdale to save money. This change to reg­is­tration could delay the plans of transfer stu­dents and cause them to be at college longer, therefore nul­li­fying any financial savings they had before.

“I only did four semesters at Hillsdale (for cost reasons — I was paying my way) and if I hadn’t started on upper-level classes imme­di­ately I wouldn’t have been able to graduate,” said Hillsdale alumna and transfer student Linda Edelblut ‘14.

By pre­venting transfer stu­dents to reg­ister according to their credit load, the college is refusing to rec­ognize credits earned from outside insti­tu­tions, and thus dele­git­imizing the hard work of these stu­dents. In effect, transfer stu­dents become second-class cit­izens where their past two years of col­le­giate study are sud­denly erased. They will not be able to reg­ister for the upper-division classes that they need to graduate, and will be back at the bottom of the food chain with the freshmen.

“Transfer stu­dents should not be seen as ‘second-rate.’ I was 21-years-old my first semester at Hillsdale, lumped with 18-year-olds,” Renslow said. “This change would have held me back from my peers at the junior level. I under­stand the plight of those com­plaining that under­classmen having more credits puts them at an advantage during reg­is­tration, but they did earn those credits. Why fault them for their work?”

Because transfer stu­dents will be set back by these changes, fewer transfers will choose to come to Hillsdale. This will be bad news for the college, given current edu­ca­tional trends.

Transfer stu­dents rep­resent a sizable segment of the U.S. under­graduate pop­u­lation, and this segment is only growing.

According to NPR, in 2018, com­munity col­leges enrolled 41 percent of all U.S. under­grad­uates. And as college tuition has risen four times the rate of inflation,according to Forbes, the number of transfer stu­dents in the U.S. will increase as fam­ilies choose to send their children to com­munity college in order to avoid the exor­bitant cost of attending a four-year uni­versity straight out of high school.

Hillsdale would not be exempt from this trend. More transfer stu­dents would con­tinue to come (or not come) to Hillsdale, but they would be penalized for bringing outside credits. Hillsdale must rectify this sit­u­ation by making excep­tions to reg­is­tration for transfer stu­dents.

Alter­na­tively, the admin­is­tration could solve existing problems with the current reg­is­tration process by basing a student’s reg­is­tration date on their high school grad­u­ation year. Both transfer stu­dents and upper­classmen would win in this sce­nario.

Whatever the admin­is­tration decides to do, the work of transfer stu­dents must be legit­imized. Transfer stu­dents with the same amount of credits as upper­classmen should be granted the same oppor­tunity to take their major classes.

Hillsdale College must rec­ognize the plight of transfer stu­dents, and it can start by granting them an exception to the new change. 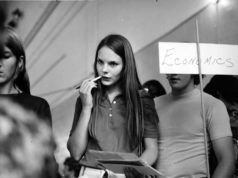 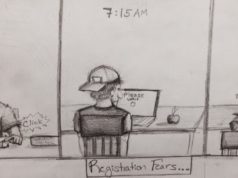 The Weekly: Choose your classes wisely