Director of the Newman Institute for Catholic Thought and Culture and former Hillsdale College pro­fessor John Freeh is intro­ducing the Great Books program to inspire the “pursuit of wisdom” at their center on the Uni­versity of Nebraska-Lincoln’s campus.

The Newman Institute for Catholic Thought and Culture, according to its website, is an edu­ca­tional program in the tra­dition of John Henry Newman, aimed at pro­moting liberal edu­cation and study of the human­ities. Its part­nership with the Newman Center – which orig­i­nated in 1906 and pro­vides Catholic sacra­ments, min­istries, and pro­grams for UNL stu­dents – is allowing the campus to bring a mean­ingful pursuit of wisdom in the human­ities to its stu­dents through a program focused on the great books.

One of its two courses offered in the 2019 fall semester is titled “Intro­duction to the Great Books I: Seekers, Sojourners, and Pil­grims,” and it focuses on answering ques­tions about the meaning of exis­tence, drawing from many authors that formed western her­itage such as Homer, Dante, Augustine, and Shake­speare.

Freeh, who taught at Hillsdale College from 2004 to 2010, said the program is like Hillsdale in its value of tra­dition and the great books, and it differs only in that the courses are taught from a Catholic per­spective.

“The emphasis on the cul­ti­vation on the student, their own person, their intellect, their emotion, their whole humanity you might say — I think Hillsdale is very good at that,” Freeh said, adding that the Center is also trying to recreate Hillsdale’s “great impor­tance on the rela­tionship between pro­fessor and student.”

UNL requires its stu­dents to take at least four units of English classes. Since the program is “rel­a­tively new,” stu­dents hear about it through the expe­rience of others who have taken it, Freeh said. The Institute is cur­rently in its third year at UNL, and it has involved as many as thirty stu­dents in a semester.

“I think young people here are inter­ested in seeking after the truth and seeking after answers to the great ques­tions of life,” Freeh said.

Senior Bailey Topenir, a prac­ticing Catholic, is pur­suing a bio­chem­istry and micro­bi­ology major and a minor in Spanish. She heard from two friends about the intel­lectual and spir­itual focus of the courses and said she wanted to take classes that were cen­tered around her faith. The decision to reg­ister, she said, was a “no-brainer.”

“I think the greatest benefit I received is the developed intellect to seek truth,” Topenir said in an email. “The hunger for truth helped me establish a bigger, better under­standing of the human con­dition; I never thought I could learn such beau­tiful things that are also applicable to my science degrees.”

She said she sees the program becoming more popular in the future once people dis­cover all that the Newman Institute of Catholic Thought and Culture offers.

“I seri­ously feel like the Newman Institute has helped me be a more under­standing and kind person,” Topenir said, “and this spir­itual and intel­lectual growth will be some­thing I will carry with me as I prepare for my future career in med­icine.”

Andrew Minarick, who grad­uated in Dec. 2018 and is Roman Catholic, majored in engi­neering and said he wanted to add some­thing dif­ferent to his cal­culus and sta­tistics schedule.

“The greatest benefit I gained from these courses was an appre­ci­ation for the great works of lit­er­ature,” Minarick said in an email. “Dr. Freeh has a unique gift in helping stu­dents dissect chal­lenging mate­rials while pushing them to gain authentic under­standing and extract real insights. Growing in that ability allowed me to draw upon the wealth of wisdom passed down through lit­er­ature over the cen­turies.”

Minarick added that the program is cur­rently offered to college stu­dents, and it more recently has offered night classes to grad­uated adults, but he said he believes that making it acces­sible to a variety of people would be ben­e­ficial. On college cam­puses though, he said, it is espe­cially important to have courses such as the ones the Institute offers.

“If anyone looks at the current climate on many college cam­puses, there is no doubt that reason, wisdom, and eternal truths are being aggres­sively ushered off campus,” Minarick said. “I think a large majority of stu­dents, like myself, want those things to be fully present in our edu­cation, and I think that orga­ni­za­tions like the Newman Institute will only gain pop­u­larity as stu­dents get a taste of what a true edu­cation should look like.”

‘On Reading Well’ delights and instructs 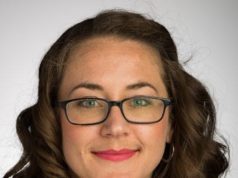 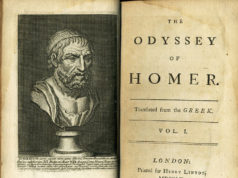