“Falling in love is scary.” The cliché is always there, and most people choose to glorify their sin­glehood to stave off lone­liness. But this cliché rep­re­sents some­thing deeper. In an attempt to ratio­nalize the sexual part of our lives, whether as a single person or a couple, we simul­ta­ne­ously glorify sin­glehood and forgo the romantic parts of our nature once we do enter rela­tion­ships.

In pop culture it seems that rela­tion­ships are only meant to achieve some­thing for our own self-devel­opment, while sin­glehood is the “lib­erated” man’s path to self-cre­ation. See Ariana Grande’s “thank u, next.” But this under­standing ulti­mately rep­re­sents an indif­ference or even stigma­ti­zation of falling in love, or embracing the eros in our nature.

Falling in love, if one removes the post­mod­ernist view, isn’t about giving up power, but devel­oping a friendship which inspires wonder. Our culture has attached falling in love with sexual desire and grat­i­fi­cation. But even the closest of friends feel a deep attraction and admi­ration for each other, which is not a sexual feeling, according to Psy­chology Today. You know what I mean: There are certain con­ver­sa­tions or inter­ac­tions that leaves one feeling struck. See Taylor Swift’s “Enchanted.” Some­thing within us resounds or cor­re­sponds to that other person.

Most often we make a dichotomy between falling in love with a romantic partner and the love we have for a friend. But both share the same initial sense of wonder, and both inspire admi­ration and lead us to follow that initial point of attraction for the rest of our lives, in the best of cases. Falling in love only differs with a romantic partner in the end, since this rela­tionship leads to mar­riage, sex, and a greater respon­si­bility in the form of children.

Plato acknowl­edged the eros within our nature, and the philosopher’s eros for what is as being the highest form it can take. Wonder is what the philosopher begins with, and love and desire is how he ascends to “the Good.” This same prin­ciple should be applied to our approach in rela­tion­ships, but Western civ­i­lization has either rejected this part of our nature by rigidly assigning it to one com­partment of our lives, or fetishizing sex­u­ality until it’s grotesque.

Roman­ticism, if greatly sim­plified, means a greater emphasis on the beauty of our sur­roundings, and all the mystery of nature can teach us. It rejects a sci­en­tific arro­gance in cat­e­go­rizing the com­plex­ities and mys­teries of life, which can be applied to per­sonal rela­tion­ships, since picking apart every piece and exam­ining it causes the thing itself to lose beauty. Choosing roman­ticism brings us some­thing better.

In order to prevent the accu­sa­tions of “kink­iness,” many of us at Hillsdale have rejected roman­ticism wholesale (except for a few English majors). Falling in love is seen as being some­thing one grows out of as one reaches maturity. Focusing on schoolwork, future career plans, and finding a life-long partner is now as about romantic as cre­ating a spread­sheet.

Rather than forgo the romantic part of our nature, embrace it. In a crude imi­tation of Aristotle’s advice to aim for the excess or defi­ciency of the virtue in order to hit the target, we must choose to embrace the romantic, which does not mean an embrace of shallow sexual desire.

I’ve never been bothered by women who fall in love with mul­tiple men in their lifetime or vice versa. There’s some­thing beau­tiful in the inter­action between the sexes, and it should not be dis­couraged.

The ease with which I can fall in love should, para­dox­i­cally, strengthen my ability to love in a com­mitted rela­tionship because I haven’t rejected that romantic part of myself. Embracing our romantic desire or admi­ration of someone does not pre­clude our ability to have stable, loving rela­tion­ships. It can even strengthen it, because now the foun­dation touches our nature, not just the surface-level expec­ta­tions we have.

Choosing to put love on the back­burner can often result in rela­tion­ships that make sense prac­ti­cally, but lack emo­tional attachment. This isn’t to say that we don’t have per­sonal con­nec­tions with the people we date, but we still subject the rela­tionship to the eco­nomic standard of utility and rational choice. We often ask our­selves: “Why spend time with someone of the other sex if you aren’t going to poten­tially marry them?”

Rejecting roman­ticism in rela­tion­ships doesn’t give us better rela­tion­ships; it leaves couples as two people para­dox­i­cally living their own lives, together.

Aris­totle believed phi­losophy started with wonder. If applied to romantic rela­tion­ships, that sense of wonder at another person should be there. Each person has within them the spark of some­thing beau­tiful, but we miss this part if we plan our rela­tion­ships the same way we plan our major.

By choosing to focus instead on the beauty of other people, we more fully under­stand our own humanity. This general openness to falling in love with what we read in class and the people we meet in the form of friendship or romantic rela­tion­ships leads us to form attach­ments that run deeper and connect us to the primal nature of love. 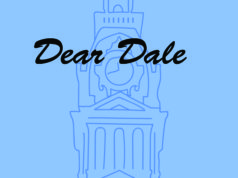 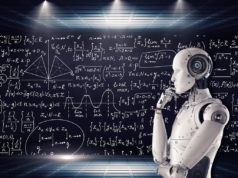 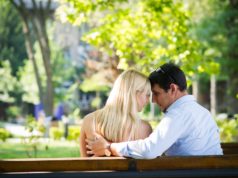 The hills and dales of dating: What forces push students together, or drive them apart?