With pho­to­shoots and vast social media attention, the Student Activ­ities Board is building antic­i­pation for the long-awaited campus holiday Cen­tral­hal­la­palooza, kicking off the season with CHP Showdown. The student band com­pe­tition will determine which band will perform at CHP, and takes place April 12 from 8 – 12 p.m.

The winning bands get the chance to perform again at CHP, opening up for the headline group.

Each band is allowed to play a 20 minute set. Although SAB member and senior Kendra Lantis said that they were able to fit in all those who expressed interest in per­forming, they limit the number of entries to eight, so SAB encourages bands to sign up imme­di­ately to guar­antee a spot.

“It’s rare though that we have to turn bands away,” Lantis said.

Of last year’s three winning bands — Trophy Wives, Penny and the Mandimes, and The Village Idiots — the latter two are back to compete.

Senior Ethan Greb, band member of Village Idiots, said CHP Showdown has always been his favorite SAB event. Greb said the audience and band members are able to interact well, some­thing he thinks all the band members would agree is the best part of the night.

“Being able to play some groovy tunes for the crowd and seeing them react is what gives all the band members more energy and causes us to play better,” Greb said.

The event itself is unique in that stu­dents vote at the event to choose their favorite team of musi­cians. All the bands have dif­ferent styles of music depending on the genre of music they choose to play, but it’s up to the stu­dents to decide what they most enjoy.  This process was created to give stu­dents a choice in who they would prefer to see at CHP, to ensure stu­dents have the best expe­rience.

“We factor in our own per­sonal music tastes, what type of event we are playing for, and also what we know the audience likes to hear,” Greb said. “Most of all, the type of music we play is what we enjoy playing and that is always the most important part for us. But the genre of music we typ­i­cally grav­itate toward is a type of ‘grunge’ or ‘angst’ while throwing some popular tunes in the mix.”

SAB members began working out the spe­cific details and logistics a little over three weeks ago, but planning for the event began even further in advance than that.

The event began in 2015 under the name “Band Hero,” but changed to the current name as of 2016. This year is offi­cially the third annual CHP Showdown. Both events are in the pursuit of giving stu­dents freedom to decide their favorite bands through a night of enter­tainment.

“It’s an event tai­lored to giving student bands a night to rock out and compete,” Lantis said. 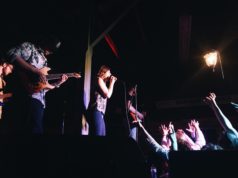 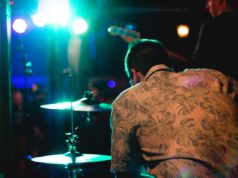 Penny and the Mandimes to play at CHP 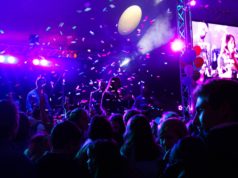