As Vers, the Air Force pilot turned super-powered Kree warrior, makes her way through the Block­buster that she crash landed into seconds before, she picks up one movie off the shelves: “The Right Stuff.” Based on the book written in 1979 by acclaimed jour­nalist Tom Wolfe, “The Right Stuff” follows the seven mil­itary pilots who became the Mercury Seven, the astro­nauts who con­ducted NASA’s first manned space flight. Before their careers as astro­nauts, the Mercury Seven were mil­itary pilots who con­tinued their career in space exactly as Vers does.

Wolfe’s book gets its title from an unex­plainable char­acter trait that each of the Mercury astro­nauts pos­sessed, “the right stuff.” Merely being a highly-skilled and coura­geous pilot is not enough to have the “right stuff”: some­thing more is required. Some of the best pilots in the world were passed over for the Mercury mission because of their lack of this unde­finable and incom­pre­hen­sible quality. With its various ref­er­ences to Wolfe’s book and focus on Vers’ char­acter, Marvel spends the whole of its newest installment, “Captain Marvel,” attempting to prove that Vers herself has the “right stuff.”

“Captain Marvel” follows Vers journey of self-dis­covery. Suf­fering from amnesia, the young Kree warrior finds herself alone on Earth. Verse soon dis­covers she has some con­nection to planet C‑53, the Kree call sign for Earth. Vers’ teams up with S.H.I.E.L.D. Agent Nick Fury, and the two galavant across the country seeking to save Earth from the Skrull war­riors who seek to subvert Kree rule.

Like Wolfe’s astro­nauts Vers (Brie Larson), known as Carol Danvers on Earth, is unde­niably a highly-skilled and coura­geous pilot. Unlike, Wolfe’s astro­nauts, however, Vers pos­sesses no unique quality that sep­a­rates her from other char­acters. While she does have an incredible amount of super­human powers, skills do not the “right stuff” make. Brie Larson’s skill as an actress shines in the few moments that require a dra­matic and emo­tional response. The few attempts at comic relief, however, feel flat and forced.

The film spends a fair amount of time on female empow­erment. The audience is first intro­duced to Vers in a training session with her mentor Yon-Rogg (Jude Law). It’s early in the morning, and Yon-Rogg and Vers are sparring in a training room. While Yon-Rogg clearly has the upper hand, he spews moti­va­tional sayings at Vers, including telling her to “keep her emo­tions in check,” alluding to the obvious gender stereotype.

Throughout the film, male figures in Vers life belittle her: her father, her supe­riors in the Air Force, her fellow airmen. But each moment, though intended to be inspiring, focuses on cliche female empow­erment tropes. The moments are uno­riginal and tired: towards the end of the movie, when Vers is knocked down in battle, a montage of men belit­tling her plays. Every woman has expe­ri­enced what Vers goes through. Every woman under­stands it. Every woman also over­comes it, without the help of super­powers.

While its main char­acter is flat and unin­ter­esting, and its attempt at social-justice com­mentary fails, “Captain Marvel” is not a ter­rible movie. The flick serves as a prequel to the entire Marvel uni­verse and fans will appre­ciate the groundwork it lays for later Marvel install­ments such as the “Avengers” and “Guardians of the Galaxy.” “Captain Marvel” is the first intro­duction of S.H.I.E.L.D. Agents Nick Fury (Samuel L. Jackson) and Phil Coulson (Clark Gregg) to alien life and super­heroes. Jackson and Gregg were dig­i­tally altered in post pro­duction to appear younger to fit the film’s 1990s setting, and it’s endearing to watch Fury and Coulson grow into the char­acters Marvel fans know and love. For that reason, Marvel fans should see it. So many pieces of the intricate Marvel puzzle start to fit together through the back­ground estab­lished by “Captain Marvel.”

“The Right Stuff” follows seven men with a special char­ac­ter­istic that allows them to overcome all odds and become the first Amer­icans in space. Marvel intended for “Captain Marvel” to be the females’ “The Right Stuff.” But with its main char­acter lacking that special char­ac­ter­istic and its fem­inist tropes falling flat, the movie instead makes females look weak. By focusing only on male ridicule of women, it sug­gests that women should pay mind to the opinions of men who see them as little more than a pretty face. Some women do, but strong women don’t.

That is the female’s “Right Stuff,” and Carol Danvers doesn’t have it. 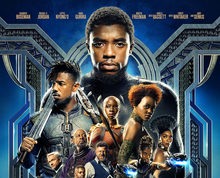 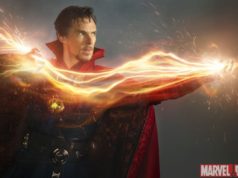 ‘Doctor Strange’: Cheap gags and weak plot are nothing to marvel at