As a high school freshman, I was five-foot-six and weighed roughly 95 lbs. That’s about 15 lbs under­weight, given my age and height. Even so, I was still regarded as too tall to be a com­pet­itive gymnast. Whether people admit it or realize it, the judging and per­ception around women’s artistic gym­nastics places enormous stress on a gymnast’s height and weight — many times at the cost of her physical and mental health. It shouldn’t be that way.

Women’s gym­nastics has to become more accepting of dif­ferent body types. What’s inter­esting and unique about this sport is that the judging can be very sub­jective. Unlike sports such as track, where the runner who crosses the finish line first is objec­tively the winner, much of a gymnast’s score is left up to the judge’s per­sonal pref­erence.

This becomes an issue when judges tend to prefer a very small, light girl’s quick, compact tum­bling over a taller or larger girl’s more pow­erful tum­bling. Coaches notice when their smaller ath­letes are scoring higher in sub­jective areas than their bigger girls.

And, you know what? The girls notice it too. And it hurts.

Gym­nastics is a daz­zling sport. It requires the athlete to be pow­erful and tena­cious while being del­icate and graceful in the same moment. There are few things more breath­taking than a flawless routine- toes pointed, arms and legs moving together in one fluid motion, a per­fectly stuck landing. It’s a shame that so many of these mag­nif­icent ath­letes succumb to dis­or­dered eating and guilt from the pressure put on by coaches and judges to be smaller and lighter.

As won­derful as the sport is, it needs to be more for­giving when it comes to the physical builds of its ath­letes.

In 1993, Trent Petrie, a psy­chology pro­fessor at Ohio State Uni­versity, pub­lished a study in “The Human Kinetics Journal,” which inter­viewed 215 col­le­giate gym­nasts. The results were: only 22 percent of the gym­nasts reported normal eating habits, and over 60 percent met the cri­teria for inter­me­diate dis­or­dered eating habits.

A 2007 study by Harriet Salbach of the Clinic of Child and Ado­lescent Psy­chiatry looked at the BMIs of 50 elite gym­nasts, 56 regular high school girls, and 58 female anorexia nervosa patients. The patients with anorexia had the lowest BMIs overall, which is no sur­prise, but the gym­nasts were closer on the spectrum to the anorexic patients than they were to the high school girls.

I was lucky to be part of a (rare) program that didn’t cater to the norm of pushing ath­letes to a point of eating dis­orders and destroyed self-esteem. My coaches never guilted me for being too tall or not light enough. I hap­pened to be under­weight for most of my childhood because I was a picky-eater, and I was a gymnast who trained hard most days of the week. Nat­u­rally I burned a lot of calories and didn’t carry much fat. I’m not saying I didn’t think about my weight or try to keep it low, but I also didn’t spiral out of control like many gym­nasts unfor­tu­nately do. It’s too easy for girls to fall into this trap and that needs to change.

Similar to being on the heavier side, being a tall gymnast is con­sidered a huge dis­ad­vantage. For example, the average height of the USA Olympic Women’s Artistic Gym­nastics team is 5 feet. Most girls more than a couple inches over 5 feet wouldn’t step into a gym at all. It’s under­standable that people think this way because most of the girls who are in col­le­giate and Olympic gym­nastics are gen­erally small. The per­ception, however, that only small, thin girls can be gym­nasts is wrong and it can have noticeable neg­ative impacts on the physical and mental health of gym­nasts who don’t fit that stereotype.

It’s dis­heart­ening to recall all the times someone has said to me “Aren’t you too tall to be a gymnast?” or “I thought gym­nasts had to be really short and skinny.” Even today, four years after fin­ishing my gym­nastics career, if I mention that I was a gymnast, I’m met with a response along the lines of, “Oh that’s funny, you don’t really have the build of a gymnast.”

No, I’m not too tall to be a gymnast. No, gym­nasts don’t have to be short to be suc­cessful. And no, I don’t really have the build of your stereo­typical gymnast. But that didn’t stop me from winning three bronze medals for vault, four gold medals for bars, and first place on beam at State Cham­pi­onships. I won a lot, and my figure had nothing to do with it.

Grace Fer­guson is a freshman studying the liberal arts. 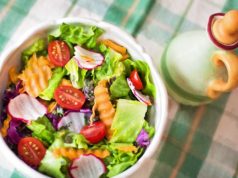 How to make healthier eating choices at Hillsdale 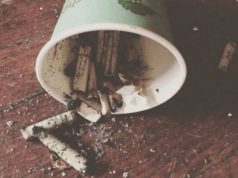