The recent news that many wealthy, pow­erful parents — including celebrities and busi­nessmen — bribed col­leges and paid for better test scores to get their children enrolled has held the current news cycle hostage. The scandal reveals a wide­spread mis­un­der­standing of education’s purpose in our society. Both parents and stu­dents need to reevaluate their appre­ci­ation for pres­ti­gious schools.

According to a U.S. Census Bureau survey from July 2018, more Amer­icans than ever before — more than 90 percent — have com­pleted high school or higher level edu­cation. In today’s society, it seems expected that parents will send their children to college, which is not nec­es­sarily a bad thing, but edu­cation can easily be treated as a mark of social standing, a sign that you have checked off the right boxes to be con­sidered a good citizen.

Hoping to set their stu­dents apart from the crowd, parents can feel the need to get their children into a pres­ti­gious, “name brand” school like Harvard or Princeton. Edu­cation, however, is not just about saying you went to a nationally-respected school. The value of edu­cation rests in the love of learning and dis­cov­ering how to live well. If a student attends a uni­versity like Harvard but has little care for the wisdom to be found in the classroom, their edu­cation will mean little in the long-run.

Victor Davis Hanson writes in a March 19 article for National Review that the edu­ca­tional insti­tu­tions accepting the bribes have sac­ri­ficed merit and freedom for agendas. This “pay-to-play fraud,” he says, will con­tinue because “schools…have long ignored merit.” As stu­dents, none of us are entitled to admission at a par­ticular school, but we can work to merit such a priv­ilege — some­thing the parents and school offi­cials involved in the admis­sions scandal sadly missed. 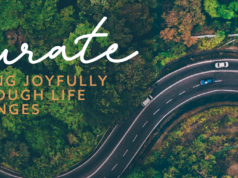 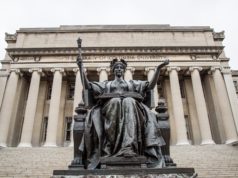