After a long winter of keeping the homeless people in Hillsdale warm, Share the Warmth of Hillsdale County will be closing its nights-only warming center for the season on March 31.

The warming center is located in the House of Refuge Church on E. Car­leton Road, and has been oper­ating seven days a week since Nov. 1. Giving the homeless in Hillsdale some­where to go when it gets cold, vol­un­teers have manned the center overnight, often pro­viding a warm meal.

This winter there were 105 nights below freezing and 14 nights below zero degrees Fahrenheit in Hillsdale, Director of the Warming Center Penny Myers said. Cold nights like these put the homeless at increased risk for hypothermia. According to the National Coalition for the Homeless, around seven hundred homeless people die annually in the United States from hypothermia.

“What a great thing you did for the com­munity,” Mayor Adam Stockford said to Myers at Monday’s Hillsdale City Council meeting. “Con­sid­ering this winter was the so-called polar vortex, it got so cold you may have lit­erally saved lives this winter,” Stockford said.

In addition to pro­viding basic shelter and food to the homeless, the warming center has free weekly laundry service for the guests and has donated pairs of boots to those in need. During the holiday season, the center even gave holiday stockings to their guests.

“One gen­tleman said to our vol­un­teers, ‘This is the first time in years that I’ve felt loved or cared for’,” Myers said.

Freshman Mary Greco vol­un­teered at the warming center during the winter, and said she was impressed by the com­passion of the vol­un­teers there.

Myers said the oper­ation would not have been pos­sible without the support of the com­munity, and thanked everyone who got involved, including the city gov­ernment.

“While these people are homeless, they are not any less cit­izens of our city,” Myers said. “Great cities are judged, not by the lack of needy people in their com­munity, but by their capacity and com­passion to care for them.” 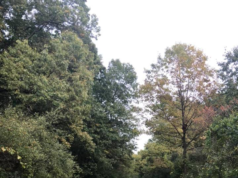 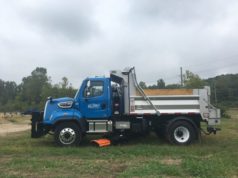