Psy­chology poses an important question: Should it be con­sidered a study of the sci­ences or human­ities? The answer seems obvious: Human beings can neither be explained by wholly sci­en­tific or wholly sub­jective means, and therefore a study of human beings would be incom­plete without both approaches. There is a com­plexity to our nature that makes us chal­lenging and unique, and to embrace one facet of humanity at the exclusion of another dimin­ishes the beauty of what it is to par­tic­ipate in this life.

In my three years at Hillsdale College, I have fre­quently encoun­tered the “If you’re a hammer, every­thing looks like a nail” phe­nomenon. As I’ve moved through various intro­duction courses in the core cur­riculum, it seems that the student of any dis­ci­pline believes his teachings and worldview are the ones best equipped to explain policy solu­tions and ques­tions about human nature. And when stu­dents begin to compare their areas of studies to other, the supe­ri­ority complex pro­gresses.  I’ve fell into the same trap — it’s easy to con­clude that one major is superior to the others in its ability to provide the correct answers. But one intro­duction course is not enough to ade­quately judge what any par­ticular aca­demic field has to offer.

As an eco­nomics major and a pol­itics minor, I have often felt a tension between the two depart­ments. At times, it seems that pol­itics stu­dents look down on eco­nomics as a means to an end. Econ­o­mists are too focused on pas­sionless ends like effi­ciency and profit, they argue. On the other hand,  eco­nomics stu­dents see pol­itics and many other human­ities majors as flimsy, mal­leable, and too sub­jective. Eco­nomics stu­dents tend to think there shouldn’t be a dis­cussion about most policy ques­tions beyond an inquiry into the most effi­cient, free-market-pro­moting plan; but those who study pol­itics see this view as rigid, with an inability to pru­dently rec­ognize that a cookie cutter solution doesn’t always work.

But human beings are complex. While pol­itics and eco­nomics often seem at odds with each other, both con­tribute an important insight into our nature and what is good for us. Like psy­chology, both parts are vital for the whole. We are both rational and emo­tional, edu­cated and ratio­nally ignorant, self-inter­ested and called to serve bigger causes. The data explained and the­ories posited by eco­nomics can and should provide great assis­tance to ques­tions about policy, but an under­standing of political necessity and prac­ti­cality must play a factor in decision-making. Likewise, the ability to under­stand ripple effects in markets and the dif­fi­culty of antic­i­pating the net con­se­quences of policies can be infor­mative for pol­itics stu­dents who believe that one change can be made in iso­lation without having unin­tended reper­cus­sions. These two fields, when taken together, allow for a more holistic and useful under­standing of human beings and their choices . By allowing them to build on each other and wrestling with their seem­ingly con­flicting con­clu­sions, one will be able develop a more nuanced under­standing of human nature in general, but also how to effec­tively work with it in par­ticular cir­cum­stances.

There is a proper place for all dis­ci­plines and their con­sid­er­a­tions in a well-rounded under­standing of human beings and our place within the world, but there needs to exist within each dis­ci­pline, and chiefly within each indi­vidual, a recog­nition of the lim­i­ta­tions of any iso­lated ide­ology to address the complex ques­tions of humanity. Pol­itics or eco­nomics alone will not solve our problems, and neither will psy­chology, phi­losophy, or any other field by itself. Not every­thing is a nail, so we need to stop thinking of our­selves as the right hammer. 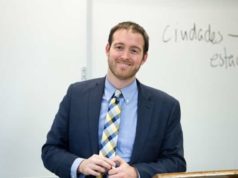