The Hillsdale College Sailing Club acquired three sail­boats from the Notre Dame Sailing Team earlier this month, which will allow the club to expand and develop its tech­niques.

Pur­chased for the club by an anonymous donor, the Laser­Per­for­mance Club 420s came with sails, lines, and dollies. They will be housed at the Hillsdale Country Club to allow for easy access to Baw Beese Lake.

The club has been oper­ating without a fleet since it began in spring 2017, which has put it at a sig­nif­icant dis­ad­vantage against the teams it com­petes with, as most practice on the water at least thrice weekly.

Although the club was for­merly limited to strate­gizing and classroom learning, it will now be able to practice the fun­da­mentals of boat han­dling before com­peting in regattas.

Sophomore Leahi Johsens, vice com­modore of the sailing club, has been a member of the club since the fall of her freshman year. She said she is excited about the impact owning boats will have on the club.

“We had been going to regattas without any practice,” she said. “Having the boats will be really helpful to increase our skill level and do better in regattas, and to become better sailors in general.”

In addition to enabling the club to master boat han­dling, prac­ticing on the water will allow team members to learn to work together before com­peting.

Fleet Captain and junior Mary Mar­garet Ryland has sailed com­pet­i­tively since high school and said famil­iarity with the team dynamic is essential to members working together effec­tively.

In the past, club members often did not get the oppor­tunity to sail together before regattas, but owning sail­boats will allow them to strengthen crew rela­tion­ships with regular practice.

Owning boats will also allow the club to expand and welcome members lacking pre­vious sailing expe­rience. Without boats, the club was only open to expe­ri­enced sailors, as it was unable to train new members.

“We’ve had a ton of people inter­ested in the club, and now we can show them how to sail,” said Ryland.

Co-founder and former com­modore Pearce Pomerleau, senior, looks forward to sharing the sports­manship of sailing with any inter­ested stu­dents.

“Sailing is a close sporting com­munity; it’s about fos­tering sport and making sure everyone is included,” said Pomerleau. “Now we’re able to do that.”

Regatta Chairman Lauren Hearne, sophomore, said she feels pur­chasing the sail­boats was a huge mile­stone for the sailing club.

“The sailing club was a group of people who liked to sail,” she said. “Now we’re a com­plete team.”

Ryland said she hopes owning boats will ensure the longevity of the sailing club, and looks forward to keeping up with the club as an alumna.

“Now we can build a team that will last,” she said. 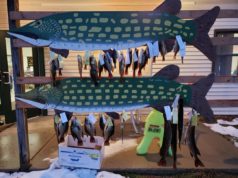 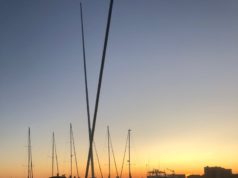 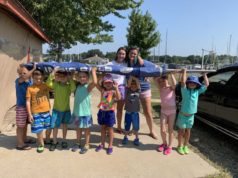