In a deal on March 4, the local startup malting company Inde­pendent Barley & Malt agreed on an exclusive source for its barley as it starts pro­duction of malted barley, which is the main ingre­dient in brewing craft beer.

The Andersons, a diver­sified company with spe­cialties in trans­porting and growing com­modities such as corn and barley among other things, has agreed to be the sole sup­plier of barley to IB&M’s new malting facility in Litch­field, Michigan, as IB&M begins to start malting grain. The move cements IB&M’s supply chain in an area where local barley is hard to come by.

Because of this, The Andersons will fill a crucial gap in the barley supply chain. The open-ended con­tract not only secures raw material for the firm, but helps establish barley cul­ti­vation nearby the plant in Litch­field and allows for the pos­si­bility of com­pletely local craft beer in Michigan.

Craft beer con­tains 3.4 times the volume of malted barley than beers pro­duced by major com­mercial brewers according to IB&M, and the emphasis on malted barley brings with it advan­tages to having more control over a crucial input for craft brewers.

“The Andersons has already begun working with farmers in Michigan to begin preparing a supply of Michigan-grown grain while they prepare to procure and store grain from out-of-state sources,” Director of Cor­porate Affairs for IB&M Mark Schauer said in an email.

Such agri­cul­tural devel­opment within the state is of par­ticular interest to Hillsdale county offi­cials. Litch­field City Manager Douglas Terry sees such diver­si­fi­cation as a crucial com­ponent for sus­tained growth in the state and county.

“Michigan is an agri­cul­tural state with an abun­dance of rich soils,” he said. “We see the pos­si­bility of food pro­cessing as a great way to diversify the economy and strengthen employment growth in the area.”

Coupled with the revamp of barley pro­duction, IB&M’s repur­posing of the old power plant in Litch­field pro­vides numerous eco­nomic ben­efits to the county and state, according to Terry. As of now, an eco­nomic incentive package is in the works from the state and local gov­ern­ments, though the spe­cific incen­tives are not yet spec­ified, Terry said. 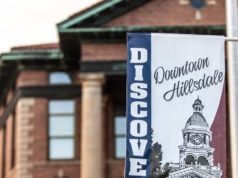 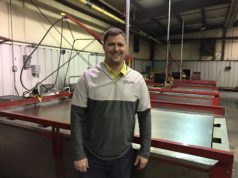 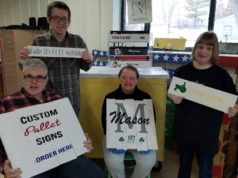