In prepa­ration for a mission trip to Uganda this summer, a team of members from New Hope Church of Camden are in the midst of fundraising through the local com­munity to support the trip.

Team Uganda has raised about half of the approx­i­mately $49,000 needed to fully fund the trip, which will take place in June. The cost for each of the 14 people going is about $3,500, according to Wayne Adams, one of the trip’s leaders. Most recently, they part­nered with Toasted Mud pottery studio to host a fundraiser at the Elks Lodge last Friday. The team is con­tinuing to brain­storm ideas for fundraising, said Shelby Hassell, a member of the team and a teenager whose family has been attending New Hope last January.

Adams said he and his wife felt called to do mission work, and they went to Nicaragua with a team a couple years ago, which gave them a con­tinued desire for mis­sions. He and his wife had talked and prayed with each other about poten­tially doing short-term mis­sions in Africa.

“We had been praying, and we men­tioned our idea to a couple of friends at church. We said, ‘Can we meet sometime for lunch?’ We talked, and they felt called, too. The next Sunday, at church, the pastor announced that there was a team going to Africa and that anyone inter­ested should ask about joining.”

“They have the same heart that we do to love people like Jesus does,” Adams said.

In addition to Go Be Love, the mission team will be working with three inde­pendent orga­ni­za­tions while in Uganda: Heal Min­istries, Amani Baby Cottage, and Sole Hope.

With Heal Min­istries, the group will spend time with women and their children who have been aban­doned. According to Carie Proctor, one of the team members, they will focus their efforts on being an encour­agement to the women and children, including through Bible pro­grams similar to Sunday school min­istries.

“Their hus­bands or sig­nif­icant others have left them,” Adams said. “We’re going to teach the women how to take care of them­selves and their babies.”

The Amani Baby Cottage, mean­while, is an orphanage which rescues and cares for children left by their parents. The organization’s goal is to place each child with an adopting Christian family.

“A lot of times, babies get dropped at dump­sters and bus stops. Amani takes babies in — any­where from infants to 5 years old — and they try to connect with people for adoption,” Adams said. “A lot of these babies have mental health issues, and they just get dumped off by their parents. We’ll be working with Amani to do service projects at their place, and we’ll be loving on the babies.”

Carie Proctor empha­sized that the team will function as a support and refresher for the staff at Amani.

“We’ll be with the babies, and we’re also going to min­ister to the workers there,” Carie Proctor said. “We’re going to be praying for them.”

The third orga­ni­zation, Sole Hope, pro­vides medical care to the people of Uganda by removing “jiggers” — a kind of par­a­sitic flea — from their feet. Because many Ugandans go barefoot, Hassell said, jiggers bite at exposed skin, burrow into the feet, and lay eggs, cre­ating painful lumps on the bottom of a person’s foot. Beyond cleaning infected feet, according to Adams, Sole Hope pro­vides makeshift shoes for the Ugandan people.

“People donate blue jeans and milk jugs, and Sole Hope make shoes out of them,” Adams said. “There’s a pattern you can cut out, and it creates work for the people there in Uganda.”

The trip’s par­tic­i­pants say the biggest reason they are setting aside time to go overseas is to share the gospel of Jesus Christ and show the love of God to people less for­tunate than them­selves.

“The Great Com­mission in Matthew tells us to make dis­ciples,” said Earl Proctor, Carie’s husband. “That should be our number one goal in life; it is our first and foremost calling.”

Adams says he feels God has had a hand in preparing their team for the mission trip, espe­cially in the spe­cific people from New Hope who are going to Uganda.

“It’s neat how God brought our team together: A lot of people going have foster kids and really love kids,” he said. “In today’s world, my wife and I feel like people need the love of Jesus, no matter your back­ground or sit­u­ation. Jesus loves us just the way we are, and we want to share that with the Ugandan people; Even though we’re from dif­ferent coun­tries, Jesus loves us. People feel like you have to get yourself cleaned up before Jesus loves you, but that’s just not true.”

Hassell said mission trips like this are some of the best ways of showing the love of God to others and serving God in that.

“The number one thing is to spread the love of God to people who may not always see it,” she said. “It’s not always a trip where you’re preaching the Word; some­times you just show God’s light by what you do. For me, mission trips are showing the light of God and helping however you can.”

Team Uganda is still taking dona­tions toward their summer trip, and they plan to con­tinue hosting fundraising events throughout the spring. 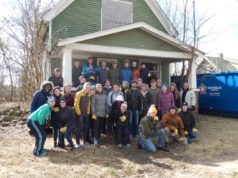 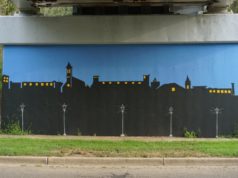 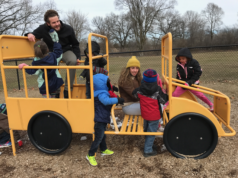