As flu season con­tinues, many Hillsdale stu­dents lament their poor physical con­di­tions and having to skip class (as dev­as­tating as that is). However, we can be lucky that we didn’t go to Hillsdale in the winters of 1983 and 1984.

On Feb­ruary 23, 1984, The Col­legian reported, “there have been three times the normal number of student visits to the Health Center. The most common diag­nosis is the influenza.”

Former Dean of Men Robert Hendee com­mented on the sickness on campus, saying, “Health is always most important. You can die and then what does it matter if you got a good grade in your class.” That is a slightly morbid take for a simple flu out­break, but I see no false­hoods in his statement.

According to The Col­legian, the high amount of sick stu­dents led to an increase in classes missed and a poor atten­dance at the 1984 President’s Ball.

In addition, the increased sickness affected Hillsdale’s ath­letic department. Starting with the football team, Col­legian reporter Kevin Shinkle reported on November 3, 1983 that reserves had to take the place of several starters in a game against Ken­tucky State due to an out­break of flu on the team. (It’s a shame this news was given by such a shoddy reporter).

However, the track team seemed to suffer the most from sickness during the 1983 – 1984 school year. On Sep­tember 29, 1983, The Col­legian reported “Senior Co-Captain Mike Michno coasted to 44th place despite a bout with the flu, caused most def­i­nitely by bad grapes and overex­tension in his aer­obics dance class.” Who knew that dance would have such dis­as­trous con­se­quences?

The Col­legian also reported sickness on the women’s track team, writing, “Tandy Champion, though suf­fering from the flu which plagued many on the team, ran two respectable races in the mile run and 880 yd. dash.” Well her last name is Champion, so obvi­ously she would power through any­thing.

On Sep­tember 27, 1984, The Col­legian wrote, “Hillsdale ran well despite a flu bug which has plagued the team for much of the week. But the lads recovered well enough to compete amid some fair com­pe­tition.”

The illness appar­ently shocked not only the college but also the town, which was for­merly referred to as “Healthydale” in the Feb­ruary 17, 1983 issue of The Col­legian.

Ellen Landers, the reporter that conned this term, seemed to have some inter­esting opinions about sickness on campus.

On Feb­ruary 17,1983 she wrote, “But what could be more irri­tating than talking to someone who has a stuffed-up nose or taking a test behind someone who has faucet sniffles? The only way to overcome such annoy­ances is to incur a res­pi­ratory fare-up of your very own.”

That is a hot, hot take.

For those already sick, she made this rec­om­men­dation: “Go for the strong stuff. There is no cure for the common cold, you have to mask your feelings.” That is simul­ta­ne­ously the most and least healthy approach: take lots of med­icine so that you feel nothing. In terms of sickness, it’s not awful advice. In terms of life, there is a chance that could go hor­ribly wrong.

Despite getting sick often, we can be grateful that we did not have to be on campus during this minor flu out­break. 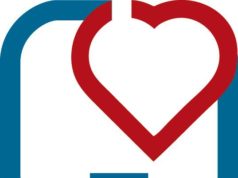 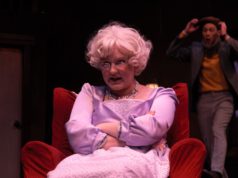