A group of 18 Hillsdale High School and Davis Middle School stu­dents are headed to Anaheim, Cal­i­fornia for the annual Business Pro­fes­sionals of America National Lead­ership Com­pe­tition which will take place May 1.

According to Hillsdale High School’s Business Pro­fes­sionals of America Club Adviser Mindy Eggleston, the com­pe­tition will span over the course of five days, cov­ering 60 dif­ferent events and pro­viding the stu­dents an oppor­tunity to showcase the skills they’ve gained over the school year.

“It just warms my heart,” Bryan Springer said. “I’m so thrilled, but I don’t want to stifle her interests, but more often than not she’s up in her room doing let­tering, illus­tration and drawing. I don’t want to force any­thing on her to dis­courage her.”

Ella Springer’s work outside the classroom it takes to win cham­pi­onships, according to Eggleston.

“I do have a lot of the ele­ments imbedded into the courses that I teach, but it’s also lunch and after school,” Eggleston said. “Espe­cially the kids that want to win, they’re doing things at home and preparing.”

Eggleston started the club in 2008 and it has grown to 75 middle and high school stu­dents.

All 75 stu­dents traveled to Jackson College on Jan. 11 for the BPA Regional Lead­ership Com­pe­tition. From there, 45 stu­dents qual­ified to compete at the state level. The State Lead­ership Com­pe­tition was on March 14 – 17 in Grand Rapids, Michigan at the DeVos Place Con­vention Center in the Amway Plaza. Stu­dents who placed in the top three in their event qual­ified for the NLC.

At the SLC, Hillsdale stu­dents show­cased their talents in areas such as graphic design, video pro­duction, desktop pub­lishing, and broad­casting news. Some of the events we per­formed live at the com­pe­tition, while others were pre­pared ahead of time and pre­sented that weekend.

Eggleston working with the BPA club in 2008 and said she has seen tremendous increase in interest in the club.

“Now it’s the biggest club in the school,” she said. “More than 10 percent of the school’s pop­u­lation is in my club.”

Prior to 2015, Michigan didn’t have a BPA for middle schoolers, it was strictly for high school stu­dents. With the addition of the middle school section of the BPA, Eggleston has been able to train her stu­dents for longer and it’s showing great results.

“Michigan started a middle school BPA when my daughter was in 7th grade. Those kids are in 10th grade now,” she said. “Inter­est­ingly enough, two of the kids I’m taking as 10th graders were middle school state cham­pions, and one middle schooler was a national champion.”

Eggleston said the expe­rience at a younger age has moti­vated stu­dents.

“My middle school program is having an effect,” Eggleston said. “They’ve been on the stage, they know what it takes. We were on the stage more than we’ve ever been. I had whole teams on the stage.”

To be on the stage means placing in the top seven in the event, and at the high school state level, stu­dents are com­peting against four to five thousand other high school stu­dents. At the middle school level, the com­pe­tition isn’t as large, some­times it’s four to five hundred stu­dents, according to Eggleston. But the success at the middle school level is inspiring stu­dents to place well while com­peting against ten times as many stu­dents.

“It’s won­derful to see how the program has grown over the years and the skill sets the stu­dents have developed,” Hillsdale High School Prin­cipal Amy Gold­smith said. “Mrs. Eggleston donates so much time to it, countless hours after school and on the weekends.”

Nine Hillsdale High School stu­dents received the Statesman Torch Award at the SLC, as well. The Statesman Torch Award is given to stu­dents who par­tic­ipate in local activ­ities that demon­strate the seven Torch cat­e­gories: lead­ership; service; coop­er­ation; knowledge; friendship; love, hope, and faith; and patri­otism. Stu­dents record their activ­ities online to receive points, and once a certain number of points are earned, they can submit a résumé to be reviewed, according to the Torch Awards handbook. 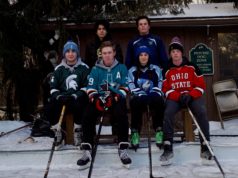 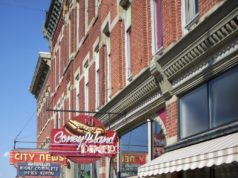 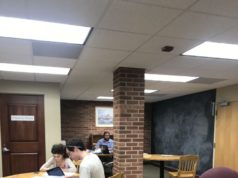