The band instrument fund was set up with the assis­tance of Hillsdale Com­munity Schools Super­in­tendent Shawn Vondra, Band Director Keith Rushing, and alumnus Richard Eckert. It exists to aid stu­dents in attaining instru­ments as the band program con­tinues its rapid growth.

Eckert, who grad­uated from Hillsdale High School in 1962, was active in concert band, marching and pep band, and brass ensemble during his time in school. Because of this past per­sonal involvement, Eckert said he believes that “par­tic­i­pating in musical orga­ni­za­tions pro­vides pos­itive and worth­while expe­ri­ences that last a lifetime.” His expe­rience ulti­mately led to his sug­gestion to Rushing of starting a fund through the Hillsdale County Com­munity Foun­dation to receive dona­tions for the program.

Rushing, who has worked for the school dis­trict since 1999, says that the band program has been “a real blessing” for stu­dents, par­tic­u­larly those attending Davis Middle School.

“At this point, twenty instru­ments have been pur­chased and are in use. We still need more instru­ments, as several stu­dents are not able to par­tic­ipate each year due to the expense of instru­ments,” Rushing said.

He also said that high school stu­dents helping with younger kids has been very ben­e­ficial for the program.

“I have been happy to have Chloe Deck, a senior at HHS, help with the Davis Bands for the last two years,” Rushing said. “The stu­dents at Davis have really enjoyed learning from Chloe.”

Deck, who has played in several ensembles at Hillsdale College for the last three years and will be going into the United States Marine Corps next year as a clarinet player, is con­sis­tently involved in the program and is evi­dently pas­sionate about music and her role in the band.

“The band program is important because it allows kids to express them­selves through music. Most stu­dents have a lot of emo­tions and cannot express them­selves in a pos­itive manner. For­tu­nately through music the kids are able to take that emotion and play some­thing beau­tiful; they can express how they feel,” Deck said. “Band is also important because it teaches stu­dents another lan­guage. Music is not just notes on a page, it’s how we feel and any musician from here to any­where in the world, we all speak one common lan­guage — music.”

Deck was instru­mental in the cre­ation of the band instrument fund for a program that she holds to be not only important, but also unique.

“Our program here at Hillsdale Com­munity Schools is unique because we have stu­dents from very diverse back­grounds who come together every single day to make music. Everyone in band is accepting of one another and nobody is left out. We encourage stu­dents to join band and we do our best to not turn away stu­dents who wish to join. The band instrument fund through the Hillsdale Com­munity Foun­dation helps raise funds for instru­ments. We use these funds to repair and refurbish instru­ments so they are playable for prospective and current stu­dents,” Deck said.

Samuel Webb, another Hillsdale High School senior and current drum captain for the band also said the program was pow­erful.

“I think the reason our program has grown in recent years is because of the amount of fun others have in band. Every year band camp comes around, everyone is really excited, even if it means three hours of marching. It’s a fun class. People hear that you can have fun in school and they’ll join the class.” 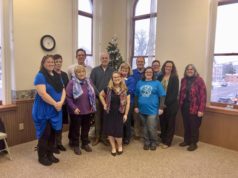 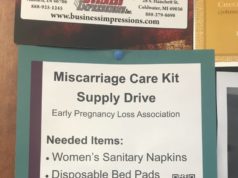