It’s no secret that the Boli­varian Republic of Venezuela is one of the last bas­tions held by the socialist ideas that have spread throughout the world over the past few cen­turies. But, how long can the geno­cidal dic­tator Nicolás Maduro maintain his rule over a country where famine has taken the life of hun­dreds of babies, and pro­testers march through the streets of Caracas at least three times a week?

The ongoing human­i­tarian crisis in Venezuela led to a massive response from the inter­na­tional com­munity, which gathered pro­vi­sions and med­i­cines to provide the people who remain in the country with human­i­tarian aid. Last week, at the inter­na­tional border between Colombia and Venezuela, trucks car­rying more than 600 tons of med­i­cines, medical kits, basic util­ities and even sup­plies for children, donated by the U.S., Chile, and Colombia, attempted to cross into Venezuela. But as the trucks crossed the border, two of them were burned down by the Venezuelan dic­ta­torial armed forces after Maduro claimed that this human­i­tarian aid was poi­soned and would cause cancer. Pres­ident Juan Guaidó, interim man­datary of the Venezuelan people, and Pres­ident of Colombia, Iván Duque, wit­nessed the dis­as­trous and depressing scene and ordered the remaining trucks to return to the Colombian side.

A dic­tator who can no longer blindly trust his mil­itary power appears to be lost in the labyrinth he created. Maduro inher­iting a ter­rible economy and auc­tioning his oil reserves to the Rus­sians, Chinese, and Turks, drove Venezuela’s economy into a bigger ditch. Cuban militias that control the streets of cities like Caracas, Mara­caibo, and Bar­quisimeto fill his country. The Venezuelan people have been in revolt against Maduro’s gov­ernment for two years now and more than 10 percent of the pop­u­lation has fled the country. The hoax of a socialist par­adise has been, at last, unmasked — but at a very high price. The fall of a once pow­erful nation rep­re­sents the triumph of reason against the cul­tural Marxism, despite the left’s attempts to portray Venezuela as an example of equality and oppor­tunity, first under Chávez’s dic­ta­torship, and now under Maduro’s.

The people of Venezuela now have the oppor­tunity to depose an awful dic­tator, all while proving to the ide­alist socialists that the fanatical Che Guevara-fol­lowing teenagers around the world are nothing but a pan­tomime. But how can the Venezuelan people do this? A people on the brink of star­vation and eco­nomic col­lapse, can they over­throw Maduro on their own? And if they do, how will the Venezuelans rebuild their country?

Maduro’s regime seems to become more oppressive with every action that threatens its sta­bility. Until now it has remained a problem within the borders of the country with the help of the Cubans. Guaidó and the oppo­sition must con­sol­idate a real par­allel gov­ernment and over­throw Maduro — without foreign inter­vention. The Venezuelan people depend on it. 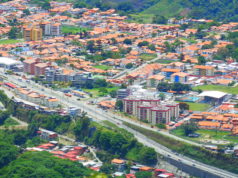 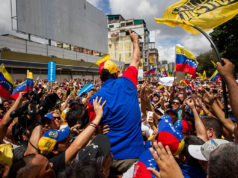 Letter to Editor: Do not jump to conclusions on Venezuela 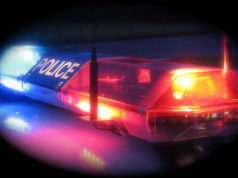 HCERT offers a chance to help campus in crisis