When Ibn Saud, the first monarch of Saudi Arabia known as the “Desert King,” took over the country, it it looked like he had become the con­queror and ruler of a giant sandbox with a couple of holy sites. But in 1938, the world found out that Ibn Saud was sitting on the world’s largest source of petroleum. Now, the House of Saud con­trols the world’s most prof­itable company, the Saudi Arabian Oil Company, com­monly known as Aramco. But no one is quite sure how much Aramco is worth. Why? Because it’s private. But if the Crown Prince of Saudi Arabia, Mohammed bin Salman (MBS), has his way, by 2021 the whole world might know just how wealthy the Saudis are — Aramco might go public.

The income and worth of Aramco has only been guessed, never con­firmed. Last year Bloomberg esti­mated that Aramco’s net income in just the first six months of 2017 was $33.8 billion. But Aramco’s response to this guess was, “This is inac­curate, Saudi Aramco does not comment on spec­u­lation regarding its financial per­for­mance and fiscal regime.” But it is a known and con­firmed fact that Aramco is the largest energy pro­ducer with the largest oil reserves in the world.

What makes Aramco even more inter­esting is that it’s the per­sonal, private business of the Saudi gov­ernment, or, the House of Saud. This is why Saudi princes have enough money to drive around with pet lions in the front seat of their Lam­borghinis, as my brother expe­ri­enced several years ago. (Yes, this actually hap­pened.) And this is why Saudi Arabia has been shaking up global pol­itics since 1933.

So when MBS started making plans in 2016 to take Aramco public there was serious tension and excitement. Unsur­pris­ingly, Saudi Arabian tech­nocrats and min­isters have been pushing back against MBS’s plans. The country’s pow­erful energy min­ister Khalid al-Falih protested the initial public offering (IPO), but MBS kept pushing to get the company listed as soon as pos­sible. But al-Falih’s protests in 2016 did curb MBS slightly and he pushed the IPO back to 2021.

MBS sees himself as a reformer and after decades of relying on a single market of oil, he is trying to diversify the Saudi economy. Taking public Aramco might do this. But change tends to unsettle an economy: The eco­nomic diver­si­fi­cation led to the 2017 recession in Saudi Arabia, according to the Wall Street Journal. The new policies to increase non-oil revenue led decreased private-sector investment, con­sumer spending, and foreign direct investment hit a 14-year low.

Taking Aramco public signals a massive power shift in Saudi Arabia, which is why many tech­nocrats, like al-Falih, are fighting MBS. In past regimes, Aramco was given plenty of inde­pen­dence and the company leaders held much of the power in the country. But now, politi­cians — MBS in par­ticular — are back in power and don’t want the country relying on a single source of wealth.

But taking Aramco public would not help Saudi Arabia or bring the reform MBS desires. Making Saudi Arabia more eco­nom­i­cally diverse, like the United Arab Emi­rates, is cer­tainly nec­essary to attract even more wealth and long-term investment. But going public means giving Aramco up, and the con­se­quences of such a move would be dis­as­trous for the Saudi Arabian royal family. It makes no sense for them to make this move.

But if Aramco went public, the House of Saud would lose some of its power. The House of Saud’s total control of Aramco is what rocketed them into global power in the first place, gave them absolute power in their country, and made them leaders of the Islamic world. Aramco is their inde­struc­tible secret weapon and ultimate trump card. Loos­ening their hold on Aramco would be per­ceived as weakness by Saudi Arabia’s enemies and could call into question the regime’s legit­imacy.

The long-term eco­nomic effects of taking Aramco public are also ques­tionable. Many investors simply think it’s too ambi­tious to invest in the company. Sure, Aramco’s cash flow is three times more than Exxon­Mobil and Shell, but it’s this very prospect that could drive investors away.

Reuters reported, “Its desire for a market value six to seven times higher than those of Exxon or Shell might look too ambi­tious to many investors and ana­lysts who have said the company could be worth more than $1 trillion.”

The House of Saud’s self-preser­vation and sta­bility is entirely dependent on Aramco. Taking the company public would be an unprece­dented reform, but MBS risks his per­sonal and his nation’s long-term self-suf­fi­ciency in doing so. 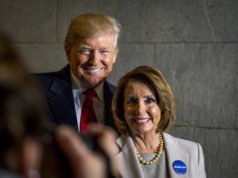 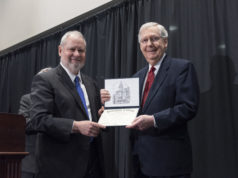 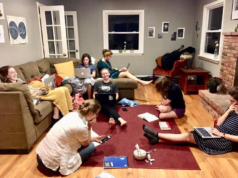