When I moved into Gal­loway res­i­dence hall in the fall of 2017, I was a scared freshman: I knew only a couple of people at Hillsdale and it was hard to leave my family three time zones away. But only a day or so after saying goodbye to my parents, there was a knock at my door. It was Peter Wenger, then a senior who lived in Gal­loway. He was going to all the freshmen in the dorm to give them infor­mation on local churches and Christian min­istries on campus. It was one of the best things to happen to me that semester.

Unfor­tu­nately, half of Hillsdale’s freshmen do not have the same oppor­tunity to befriend upper­classmen. Only the male dorms are inte­grated by age, and the college ought to extend the same advantage to female freshmen.

When dorms include stu­dents of all ages, freshmen benefit from regular inter­action with upper­classmen. During my time in Gal­loway I reg­u­larly laughed, pranked, and attended dorm Bible study with men from all classes. It was a great advantage to be friends with upper­classmen who had com­pleted more of the Hillsdale expe­rience than I had and were willing to pass on their wisdom. And since Gal­loway was a mixed-age dorm, my friendship with upper­classmen was not limited to res­ident assis­tants. In fact, the most influ­ential upper­classmen in my life, including Peter, were not RAs.

Upper­classmen have already sur­vived several semesters at college. They have good advice on every­thing from English pro­fessors to President’s Ball attire. Cur­rently, freshmen women turn to their RAs to ask these ques­tions. Although RAs are a great resource, having addi­tional upper­classmen in the dorms gives freshmen a wider variety of people to befriend. Enabling freshmen women to seek advice from other upper­classmen reduces the strain on the RA team by decreasing the amount of time they spend answering ques­tions. This empowers RAs to spend more time fos­tering dorm com­munity and helping res­i­dents who have serious struggles.

Many RAs in freshman girls’ dorms feel over­whelmed with work, but there is a great dis­parity in the expec­ta­tions and time com­mitment between a RA in a female upper­classmen dorm and one in a female freshmen dorm. This would alle­viate an inequality if each dorm were com­posed of all classes, since the job require­ments for women RAs would be more standard across the dorms.

Inte­grating all grades in the women’s dorms also has the potential to benefit upper­classmen, who would be given ample oppor­tunity to invest in freshmen in their dorms and help younger stu­dents grow in maturity. Those upper­classmen who take advantage of this would them­selves be helped since the act of serving others is a growing and maturing expe­rience.

Hillsdale wisely made the decision to mix ages in the male dorms, and I have ben­e­fited greatly from this feature of dorm life. Doing the same for the female dorms would be sim­i­larly ben­e­ficial. Every freshman woman at Hillsdale deserves the same oppor­tu­nities and priv­i­leges that I and every other freshman guy were given by living in a dorm with men from every class.

No one should miss out on the chance to meet a Peter.

Bryce Asberg is a George Wash­ington Fellow and a sophomore studying Religion. 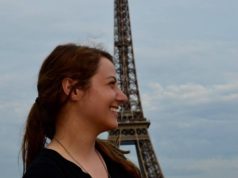 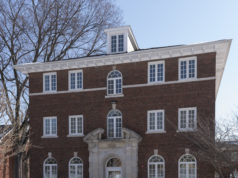