“Hillsdale’s hard. It’s important to know how to nav­igate Hillsdale — and life beyond Hillsdale — in a healthy way.”

That’s the reason Brock Lutz, Hillsdale’s director of Health and Wellness, gave for the four-week long psy­choe­d­u­ca­tional group he and Todd Koch, a graduate intern pur­suing his master’s in coun­seling, are starting this semester.

“The goal of the group is to learn some basic skills for stress man­agement,” Lutz said. “We’ll discuss things like sched­uling, having a healthy mental per­spective, pri­or­i­ti­zation, and dis­cerning what’s really worthy of stressing over.”

Lutz said the program wasn’t sparked by any par­ticular surge in coun­seling needs or spike in mental health issues. Rather, it’s part of the college’s ongoing effort to create a support system for par­ticular issues facing stu­dents. In the case of the psy­choe­d­u­ca­tional group, the program will focus on edu­cation and prac­tical tools rather than being a group therapy session.

“The things that we’ll be sharing are not going to be super per­sonal,” he said. “This is more of a teaching group and is less intim­i­dating in nature.”

This isn’t the first time Hillsdale has offered a psy­choe­d­u­ca­tional program; the Health and Wellness Center hosted a session four years ago to an excellent response. This semester, interest has been so great that the center has expanded the program to two sec­tions on two dif­ferent days of the week.

Asso­ciate Dean of Women Rebekah Dell said she believes the program will be an asset to campus life.

“One of the things that makes Hillsdale special is that we’re inten­tional about growing in com­munity in all areas,” she said. “We inten­tionally encourage stu­dents to talk to their peers and I think mental health and wellness isn’t some­thing that should be off-limits. Having those con­ver­sa­tions that high­light both strengths and chal­lenges is important. That’s honest, vul­nerable living and we can all learn some­thing from that.”

Christa LaVoie, a junior studying psy­chology, said she thinks the program will draw much-needed awareness to the issue of stress at Hillsdale and its serious, long-term con­se­quences.

“Stress is trig­gered by a hormone called cor­tisol, which plays a role in many dis­eases and con­di­tions,” LaVoie said. “The goal is to have lower cor­tisol levels, but college stu­dents usually have the highest amount because we’re under so much pressure. I don’t think people realize how much of an impact stress can have on us until it’s too late. And that’s why it’s important to be aware of it, espe­cially in this season when our brains are growing so much.”

LaVoie said she hopes the program will also help change the campus’s attitude toward stress.

“From an RA per­spective and as a student myself, I think stress is some­thing we use as a drug,” she said. “Saying ‘I’m ok, I’m stressed’ when people ask how we’re doing is a go-to phrase around campus. When we tell our­selves we’re stressed, we become what we say we are. That label affects us more than we know.”

That’s why Lutz seeks to equip stu­dents with a better under­standing of what it means to be a healthy indi­vidual.

“We’re all going to encounter stress at some point in our lives,” he said. “The question is, how do we deal with it?”

Ses­sions began this week and are held Tuesdays at 4:30 p.m. and Fridays at 4:00 p.m. Stu­dents who are inter­ested in the program can email Linda Snoes to sign up. Spots are limited. 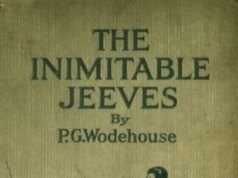