Bit­ter­sweet Resort. Despite its name, the only bitter aspect was the 3‑degree wind chill. I’ve never skied before; however, this first-time expe­rience was sweeter than expected.

I had no prior skiing knowledge. Any time the sport came up in con­ver­sation, only Olympic replays and mem­ories of almost touching snow popped into my head. Yet, seeing the ad for Student Activ­ities Board’s ski trip sparked enough interest in me to venture out for one day, Jan. 25, and try this foreign pursuit.

As a native of Southern Cal­i­fornia, my chances of playing a winter sport have always been very low. The only time I got close to skiing was when I took a trip to Big Bear in San Bernardino, Cal­i­fornia, with my family when I was 7 years old. The traffic was too con­gested on the way there, however, so we turned around and ate Chinese food instead.

According to skiinghistory.org, skiing con­sists of sliding down a snow-covered hill or mountain with fixed-heel bindings on each foot. Invented before the wheel, this pre­his­toric activity orig­i­nates in northern Russia, and alpine skiing orig­i­nated simply as a better way to travel across frozen plat­forms. It later evolved for mil­itary usage in the 1760s A.D., when Nor­wegian armies would simul­ta­ne­ously ski and shoot their enemies. The activity became more civilian-ori­ented during the 1880s in Norway and some parts of Europe. Alpine skiing soon gained mass appeal,  in the process making the Swiss Alps into the famous skiing spot it is today.

People ski for trans­portation, for recre­ational activity, or for com­pet­itive sporting — but per­sonally, I did it as a chal­lenge. Shooting down enemies was not on my agenda, but learning the basics was, in addition to filling the void of 7‑year-old Danielle Lee.

Pizza is your best friend. This was the first lesson sophomore Emma Noverr, an expe­ri­enced skier of 18 years, taught me in the basics of skiing. This semi-tech­nical term is used to describe  the snow plow position, and its purpose serves to control speed and balance. Main­taining both of these is essential. Once they’re achieved, the rest of the movement is all about “feeling it,” according to Noverr.

I thought I could never move past the bunny hill. Tod­dlers suc­cess­fully exe­cuted pizza and moved on to the next hill, while I struggled to apply the tech­nique. I needed to have some enthu­siasm or zealous energy to learn this sport. But I also needed guidance and advice from expe­ri­enced skiers, like Noverr, to refine and improve my skills.

A lot of ath­letes approach skiing with a “gung-ho” attitude. Amer­icans define “gung-ho” as “enthu­si­astic” or “overzealous.” But this expression — adopted from Man­darin — holds a very dif­ferent meaning tra­di­tionally. In Man­darin, the term is spelled “gong-he” and means “work together.”

These two dis­tinct cul­tures hold sep­arate con­no­ta­tions for the same phrase, yet, both meanings can apply to skiing. Zealous to beat the bunny hill, and working together with the help of instructors, I moved from Baby’s Breath to Sweet Pea, and later Apple Blossom. (The steeper the hill, the bigger the plant the hill was named after.)

Yet, my goal was to ski Creeping Myrtle. This hill is not par­tic­u­larly steep,  but what attracted me to it was its com­plexity. Everytime the ski lift cruised above Myrtle, I watched skiers caress its smooth, bleached cur­vature. I wanted to ski this hill — and I did. I felt the com­pelling nature of skiing in every turn, gliding down the plane. The rush of adren­aline dis­si­pated, my velocity felt con­stant, and I even­tually took notice of the sur­rounding nature. The scenery was simple: Snow-frosted land­scape; pine trees; a serene atmos­phere. I couldn’t attain this appre­ci­ation any­where else.

A skier at the resort said you either go all out, or you don’t do it at all. The greatest rewards come from what’s least expected: Approach skiing “gung-ho.” 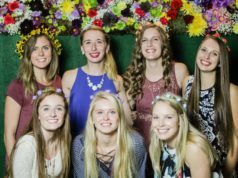 SAB cancels Garden Party, Carnival in the Arb due to coronavirus concerns 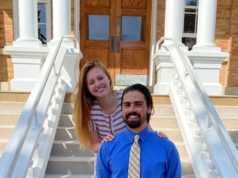 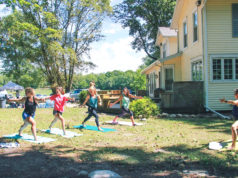