This past Tuesday, on the 46th anniversary of Roe v. Wade, New York Gov­ernor Andrew Cuomo signed into law what is arguably the least restrictive state leg­is­lation regarding abortion. The law removes the legal pro­tection of babies born alive during a botched abortion and removes the threat of all legal pros­e­cution for abortion providers, which now can include mid­wives and other non-medical pro­fes­sionals. The new law also allows abortion up until the moment of birth if the health of the mother is threatened.

The law is med­ically unnec­essary, according to pro-life advocate Dr. Anthony Lev­antino and others, who have argued that a C‑section in late term preg­nancies is easier and safer than a two day late-term abortion pro­cedure.

The bill was pushed through both leg­islative houses and signed into law in under 24 hours, driven by the panic of “a federal gov­ernment intent on rolling back Roe v. Wade and women’s repro­ductive rights,” according to Cuomo. The gov­ernor demon­strates beau­ti­fully that sci­en­tific and philo­sophical proof that human life begins at con­ception is no longer a con­sid­er­ation in the war games of the abortion ide­ology. The only mission now is to win.

While absurd, the game itself pales in com­parison to the unbridled glee that seems to accompany every pro-abortion victory these days. Watching the cer­emony, you almost expect the politi­cians and onlookers to break out the left-over New Year’s Eve con­fetti poppers and give a cham­pagne toast to the per­pet­u­ation of a practice that has so far sen­tenced 61 million American babies to death since 1973.

This time, however, the abortion advo­cates and Gov­ernor Cuomo have simply gone too far. Tuesday evening, on the governor’s command, New York land­marks were lit up in pink, in cel­e­bration of the future destruction of innocent and helpless Amer­icans — including the 9/11 memorial spire, splashed pink against a black sky. Below stood engraved memo­rials to the 11 unborn American lives that were lost on that site in 2001.

In his glee-ridden desire to promote abortion, Cuomo not only smited the mem­ories of these victims and their mothers, but insulted the American people and our inalienable human right to life. It is one thing to publish books or pass laws pro­moting abortion, but it is a very dif­ferent thing to hijack a symbol of American spirit and resilience and repurpose it to promote the destruction of American lives.

New York Mag­azine claimed that New York had finally “updated it’s archaic abortion law,” with the passage of Tuesday’s bill. Yet, abortion advo­cates seem to be recy­cling the rhetoric of pro-slavery politi­cians our Hillsdale stu­dents bravely stood against during the Civil War. Cuomo claims that Pres­ident Trump’s admin­is­tration, allegedly intent on over­turning Roe v. Wade, “defies American evo­lution,” yet employs the same prin­ciples that freed slaves not so many years ago.

Abortion pro­po­nents believe that the pink land­marks shine as beacons for women’s rights. As a woman, I am hor­rified that my so-called freedom relies on the blood of others. It is deeply evil to believe that my freedom as a woman means that babies lying on the abortion table still breathing must be denied medical attention. Women must reject the lie that they must dehu­manize others as they were once dehu­manized to maintain their own “freedom.” 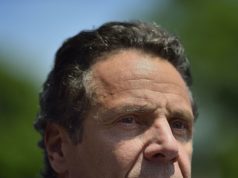 Cuomo’s fiscal blunders are a matter of life and death 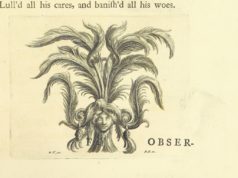