In its most recent com­mercial, Gillette dared to make the appar­ently con­tro­versial claim that men can do better at being vir­tuous, strong, and kind. In the swirling con­ver­sation about the video online, two prominent neg­ative reac­tions have emerged. The first has been touted by Piers Morgan, Brian Kilmeade, and other political com­men­tators largely on the right, who say that Gillette’s com­mercial is anti-men, that “toxic mas­culinity” is not real, and that we should let “boys be boys.” They believe the com­mercial does not target the wrongs of a par­ticular type of man, but men as a whole. And in many ways, they’re right.

Gillette decided not to pick an easy target for the com­mercial — it took on the bullies, harassers, and predators, cer­tainly — but it also took on the bystanders, the excusers, and the dis­regard woven into the very fabric of our culture. At the same time, it cor­rectly iden­tified that there are still good men out there, and that not every man is irreparably lost to evil and lust. It chal­lenged these good men not to stand for bad behavior, from its potential source in childhood to the estab­lished norms of indi­vidual men and society as a whole. Yet it is the commercial’s asso­ci­ation of these predatory, intim­i­dating, and com­placent behaviors with mas­culinity itself that makes many on the right so angry. Is this because many of them do not want to believe in the inherent sin­fulness of human nature as a whole, or is it simply the “male” attri­bution of the sin that bothers them?

Many on the right gladly tout that there are inherent dif­fer­ences between men and women — so if we can broadly dif­fer­en­tiate the genders’ respective virtues, is it so hard to believe that they also broadly have their respective sins? This is not to say that women are sinless and that every problem in society exists because of men. It is simply to say that the facts — that 1 in 3 women expe­rience sexual assault, 91 percent of rape victims are female, and boys are more prone to physical vio­lence than girls — tell us that these par­ticular problems addressed by the com­mercial are found in some­thing inher­ently male. And yet despite pro­viding pos­itive models of great-hearted men who choose to do better, the com­mercial still gets slammed for rec­og­nizing that all of this is more wide­spread and innate in our sinful nature than many want to believe. It isn’t saying that, irrev­o­cably and uni­ver­sally, all men are the problem. It’s saying that this problem is male.

Making even less sense is the second response to the com­mercial: that as a cor­po­ration, Gillette has no right to make moral claims or to pretend that its motives are any­thing other than financial gain. As Piers Morgan himself iden­tifies, however, Gillette has come out against the very people who buy its products. This mar­keting tactic is bold and finan­cially risky, and studies have shown that the com­mercial actually res­onated far more with women than with its more tar­geted audience of men.

And yet, even if Gillette is simply a money-hungry cor­po­ration, should we really care? For any source in our post­modern world to promote some­thing as shocking and ground­breaking as virtue is a win we should be cel­e­brating. Truth is truth no matter who says it, and if we gen­uinely want to move toward a society that elim­i­nates sexual assault and bul­lying, we shouldn’t quash the effort to encourage men to be the best version of them­selves.

At the end of John Steinbeck’s novel East of Eden, a wise char­acter named Lee tells a girl named Abra, “And now that you don’t have to be perfect, you can be good.” That’s a lesson for men as men, but also women as women and human beings as human beings. Para­dox­i­cally, it is only when we rec­ognize that sin is inherent in our nature and woven into our society, and that as long as we pretend that there is no problem we can only make it worse, can we humble our­selves enough to choose to become “the best a man can get.” 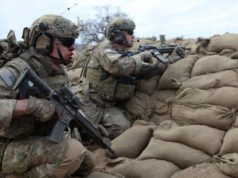 Remember the men who serve 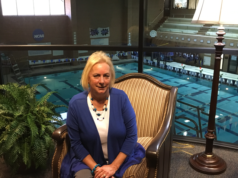 Gillette to keep cheering after 17 years in athletics