The Trump Admin­is­tration achieved one of its biggest trade vic­tories on Tuesday when China’s National Devel­opment and Reform Com­mission announced new pun­ish­ments for Chinese theft of intel­lectual property (IP).

Though the main­stream media has barely covered it, this new com­mitment from China amounts to one of the most impactful vic­tories in the trade battle to date. Every year, American com­panies fall victim to hun­dreds of bil­lions of dollars worth of IP theft at the hands of the Chinese.

China’s IP abuses against the U.S. come in a number of ways: Forced tech­nology transfers are one of the major offenses, wherein China’s “joint venture requirement” forces U.S. com­panies looking to do business in China to transfer their tech­nology to Chinese firms.

American firms are likewise coerced into pro­viding China’s state-owned enter­prises with below-market acqui­sition and licensing terms. China then asserts own­ership over the licensed tech­nology, as well as own­ership of any later tech­no­logical advances. If U.S. com­panies refuse to hand over their secrets, the Chinese gov­ernment carries out police raids on company offices.

Other methods of Chinese IP theft include copy­right infringement, large-scale coun­ter­feiting of goods, and software piracy. Cor­porate espi­onage is a problem, too: Beijing recruits employees within certain U.S. com­panies to sell those com­panies’ secrets.

“You can’t find a company that hasn’t been assaulted, and half of them don’t even know it,” says Dr. Richard Ellings, exec­utive director of the Com­mission on the Theft of American Intel­lectual Property.

The esti­mated cost of these vio­la­tions? Any­where from the low end of $225 billion, up to $600 billion per year, according to a 2017 report from U.S. Trade rep­re­sen­tative Robert Lighthizer.

With this change in policy, however, offenders will be noted on a reg­istry, which financial insti­tu­tions will ref­erence when lending money and granting access to foreign exchange. Offenders’ access to capital and gov­ernment funding will be cut off, as will their access to foreign trade and company reg­is­tration.

As recently as last month, China denied IP theft even occurred. Any claims of Chinese wrong­doing are based on hearsay and ignore reality, a spokesman for China’s Min­istry of Com­merce claimed.

And buried even deeper in Tuesday’s announcement was another big win for the U.S. in regards to the opioid epi­demic. According to the White House Press Sec­retary, China has agreed to des­ignate Fen­tanyl as a con­trolled sub­stance, meaning that the dis­trib­utors of Chinese Fen­tanyl in the U.S. will be subject to China’s maximum penalty under the law.

Fen­tanyl is the dead­liest drug in our country today, and a 2017 con­gres­sional report iden­tified China as the primary source of origin for Fen­tanyl in the United States. In 2017, the drug was respon­sible for the deaths of 30,000 Amer­icans, according to the National Institute on Drug Abuse.

All of this speaks to a simple point: Com­merce is an instrument of national policy, to be used to achieve both political and eco­nomic ends.

The American Founders under­stood this, too. Throughout the Fed­er­alist Papers, Publius makes the point that trade in a com­mercial republic is a method of achieving national greatness.

Inde­pen­dence doesn’t just mean the absence of foreign rule, Publius argues. It also means that other nations will not pre­scribe for us the con­di­tions of our political exis­tence. In a world of com­peting nations, com­merce isn’t simply for cheaper material goods: It is a means to achieve national inde­pen­dence and the con­di­tions needed to maintain it.

And it’s an instrument Trump is wielding effec­tively.

“I am a Tariff Man,” Trump tweeted Tuesday. “When people or coun­tries come in to raid the great wealth of our Nation, I want them to pay for the priv­ilege of doing so. It will always be the best way to max out our eco­nomic power.”

With this, Trump is telling other nations: If you want the priv­ilege of access to our market — the largest con­sumer market in the world — you must treat us right, or face the con­se­quences.

And China is responding accord­ingly.

Of course, Beijing may not follow through on their promises. But tariffs brought China to the table, and they know the con­se­quences of breaking their promises may prompt serious action on the part of the U.S.

Because now, they’re dealing with a Tariff Man. 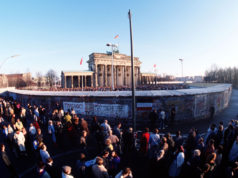 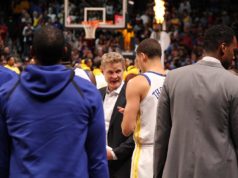