The Char­treuse String Trio will perform a com­po­sition written by Asso­ciate Pro­fessor of Music Daniel Tacke at 8 p.m. on Friday and Sat­urday night in Conrad Recital Hall.

“It takes the standard string instru­ments of viola, violin, and cello, and removes them from their long history of estab­lished practice and treats them in a more exper­i­mental fashion,” Tacke said. “There’s an immense, expressive sound world that grows out of this. But in a sense it is very dif­ficult. The sounds are very unstable. It’s fas­ci­nating but inten­tionally prob­lematic.”

More radical modern com­posers have created such unstable sounds by running the bow across the wood body of a string instrument instead of its strings.

“I’m not inter­ested in some­thing that extreme, but I am inter­ested in some of the gray spaces between that and more normal sound,” Tacke said. “[In my piece] you still draw the bow across the string, but instead of using the hair of the bow, you flip it over and use the wooden part. You still get a violin-like sound, but one with some grit in it, a kind of wooden quality.”

They will also perform other modern pieces and three fan­tasias written in the 1600s.

“There is this tremendous variety on the program, but the uni­fying theme in the pieces is that they approach the instru­ments in an unusual or exper­i­mental way,” Tacke said. “This is also a bit off the beaten path because all the com­posers are still alive. Well, except for Henry, but we let him in even though he’s dead.”

This is not the first unusual group that the music department has hosted. Recently, Hillsdale brought a female a cap­pella quintet from Zim­babwe, and, in the past, a string quartet that col­lab­o­rated with a Native American flute player, said Pro­fessor of Music James Holleman.

Tacke has worked with indi­vidual artists from the group before, but this is the first time he has written for the group as a whole.

“It becomes much more com­pli­cated and inter­esting because you are not only dealing with the details of each instrument, but also the ways in which they relate to one another acousti­cally and polit­i­cally,” Tacke said. “There is much more oppor­tunity for a critical stance on the norm.”

Tacke said he is used to per­forming on stage, and that watching them perform his piece from the audience will be a newer expe­rience.

“When it comes time for the per­for­mance, I can do nothing but sit in the audience,” Tacke said. “They’ll do a great job, I know they will, they have got my full con­fi­dence, but there are always the inescapable but­ter­flies. Except you can’t do any­thing about the but­ter­flies because you are in the audience.”

The recital can seat up to 80 people per per­for­mance, and Holleman encourages people to reserve tickets in advance.

“I think the stu­dents will get a new appre­ci­ation for their pro­fessor when they hear his piece per­formed by a pro­fes­sional group,” Holleman said. “They are going to have their minds jolted open to the non­tra­di­tional ways this group is approaching music, and cham­pi­oning modern com­posers.” 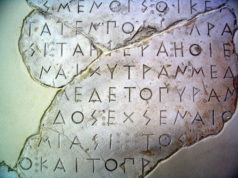 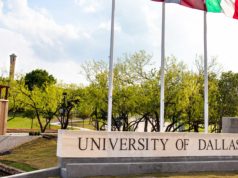