The vocal department per­formed scenes from operas and operatic-style musicals, including “A Boy Like That” from “West Side Story,” “With a Twinkle of Warm and Tender” from “Elixir of Love,” and “Café Scene” from “La Boheme.” The cast per­formed last weekend in the Howard Music Hall.

Though Osmond began planning for the workshop last year, the stu­dents began rehearsals in Sep­tember.

“One of the best things for me really is being able to work one-on-one with these kids and being able to see them grow,” Wyse said. “It’s expo­nential what they do in the span of eight weeks of school. In that amount of time, they’ve done great things.”

According to Osmond, per­forming selec­tions from operas or shorter operettas pro­vides an alter­native to per­forming a full opera, as it is less stress on stu­dents’ busy schedules.

“The schedules of these stu­dents have gotten out of control, so it’s almost impos­sible to get everybody together,” Osmond said. “I’ve been thinking about how we will be able to pull off another full pro­duction of an opera.”

While Osmond, Dou­glass, and Matson directed some scenes, other scenes were directed by stu­dents, including junior Rebecca Hen­reckson, sophomore John Szc­zotka, and sophomore Michaela Stiles. In addition to per­forming their own respective roles, these stu­dents helped chore­o­graphed the scenes, giving notes and pointers to the cast members within their scenes.

Junior Rebecca Hen­reckson directed “Hmm, Hmm, Hmm,” a scene from “The Magic Flute,” in which she played the role of First Lady. Though she studies English, Hen­reckson came to Hillsdale on a music schol­arship and devotes much of her time to the vocal department, including chamber choir. She has par­tic­i­pated in Opera Work­shops since her freshman year, some of which she had to sing in other lan­guages.

“This year, they tried to make it more attainable for everybody. All the scenes were in English, which is new,” Hen­reckson said. “People can connect to that more. And I enjoy singing in English more because it’s harder to connect with what you’re singing when it’s not in English.”

Hen­reckson knew many of her fellow cast members through chamber choir, which, she said, made it easier to work together.

“So much was pulled together in so little time,” Hen­reckson said. “I knew the people and we were com­fortable with each other. We can trust each other. And we also knew what to ask and expect from people.”

Sophomore Michaela Stiles played the role of Musetta in “Café Scene” from “La Boheme” and directed the workshop’s final scene, “Make Our Garden Grow.” After coming down with pneu­monia earlier in the semester, Stiles said she expe­ri­enced the com­munity built within Howard.

“I received a lot of support from kids in the cast, which was phe­nomenal,” Stiles said. “I’ve learned what a great com­munity there is in Howard and am beyond blessed to be a part of this com­munity of great people.”

Next year, with the opening of the chapel, the current plan for the 2019 Opera Workshop is a per­for­mance of Handel’s “Messiah.” 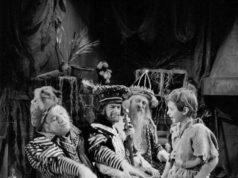 Multiple casts for Op Shop’s ‘Amahl and the Night Visitors’ 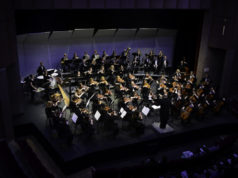