Bottom of the ninth. Bases are loaded. A ten-year old Nicole Ault is standing at home plate with her bat, gearing up for an unex­pected and epic home-run hit.

That was the fiery feeling Ault often expe­ri­enced as the only girl on her brother’s baseball team. And, although her baseball days may be long over, she still joins her brothers in the backyard for a heated game of wiffle ball every now and then.

Ault, now 21 years old and a senior at Hillsdale College, spent her childhood pur­suing all dif­ferent interests, some of which she still enjoys today.

“I ran cross-country in high school and still run reg­u­larly,” Ault said. “I did a lot of drawing and painting in middle and high school, and still do those occa­sionally, along with pho­tog­raphy, in my free time. I’ve always been a bookworm.”

Ault grew up in Catonsville, Maryland, just outside of Bal­timore, where she lived her whole life prior to Hillsdale. Ault is the oldest of six children with three brothers and two sisters.

“They keep me grounded,” Ault said.

In addition to her sib­lings, she greatly admires her mother, citing her as her biggest per­sonal inspi­ration.

“She works hard to serve my family and everyone she knows, but she’s always cheerful and encour­aging,” Ault said. “She’s shown me how to balance seri­ousness with a good (often goofy) sense of humor.”

Ault seeks to live by the example set by her mother and also by award-winning jour­nalist Peggy Noonan. Beyond her beau­tiful writing, Ault admires Noonan’s vast expe­rience and wisdom about pol­itics, people, and life in general.

Attending Hillsdale was an obvious choice for Ault, who went to a clas­sical K‑12 Christian school where several teachers had degrees from Hillsdale. Ault said she loved the aca­demic rigor, kind people, and oppor­tu­nities offered in Wash­ington, D.C.

Once at Hillsdale, Ault imme­di­ately got involved writing for The Col­legian. She began reporting her first semester freshman year and served as the Assistant Fea­tures Editor in the Fall of 2017.

Ault noted that fea­tures is her favorite section, as it can uniquely showcase how inter­esting the world is and how dif­ferent people are.

In the spring of 2018, she par­tic­i­pated in the Wash­ington-Hillsdale Internship Program, interning for the United States Finance Committee’s com­mu­ni­ca­tions team.

Ault is majoring in Eco­nomics with a minor in jour­nalism. She plans on pur­suing jour­nalism fol­lowing grad­u­ation this spring, ideally reporting for a print news­paper or mag­azine. Ault said her dream would be to report for The Wall Street Journal, which has long been her favorite news source.

Although reporting in college can be dif­ficult and time-con­suming, Ault’s favorite spot on campus is the heart of all of that: the Col­legian office.

“It’s never boring. It’s usually full of great people and always full of great newsprint,” Ault said. “Some of my most stressful and most happy moments have hap­pened there.”

Ault will be spending her final year serving as the Editor-In-Chief of The Col­legian. While some shy away from the largest role in the news­paper, she sees it as an oppor­tunity. Her life motto is Matthew 6:33, “Seek first his kingdom and his right­eousness, and all this will be added unto you.” It’s what drives Ault in her work.

“God doesn’t fulfill our ambi­tions unless we first sur­render our plans to Him and seek His will most of all,” Ault said. 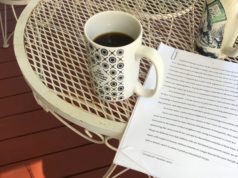 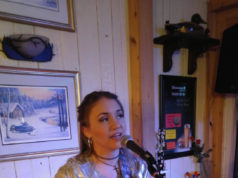 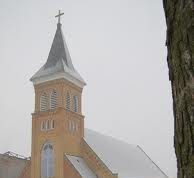 Don’t church shop till you drop