In the 1970s — back before com­mercial irony — the soda company Faygo ran a wildly suc­cessful TV ad fea­turing a group of adults boarding a steamboat and singing arm-in-arm about their favorite childhood memories.

It’s hard to tell what exactly is being sold until the very end, when the boat paddles off into the sunset. The lotus-drinkers con­clude their list (roller skates, yo-yos, etc.) and burst into the jingle’s chorus: “Remember when you were a kid? Well, part of you still is. And that’s why we make Faygo. Faygo remembers.”

Faygo remembers. At a time when Coca-Cola was teaching the world to sing in perfect harmony and Pepsi-Cola was hawking American excep­tion­alism, Faygo hedged its bets on a much safer sale: nos­talgia. To drink Faygo is to recall a childish thirst for sweetness, when sugar-sat­u­rated drinks appealed to the taste buds.

And Faygo has a long enough history that it can make this appeal with con­viction. Founded by the Russian immi­grant Feigenson brothers in 1907, the company developed out of a cake icing business that served the Detroit area. The brothers mar­keted the first three flavors, grape, straw­berry, and fruit punch as a low-priced sodas — as they still are today — and the Faygo grew quickly.

In the 1950s, Faygo expanded into the greater Michigan area and intro­duced TV ads starring the Faygo Kid, a cartoon cowboy tasked with pro­tecting the Wells Faygo Wagon in the Wild West. Ani­mated by John Hubley (a former Disney employee black­listed for un-American activ­ities), the com­mercial was expensive — and rather long — even for 1953, costing $20,000 for 72 seconds of action. But it was a great success, nonetheless.

In the 1960s, Faygo began adver­tising at Detroit Tigers games and changed Strawberry’s name to the now-iconic Red Pop. And by the end of the decade, the brand became available nationwide.

But the growth didn’t stop there. Faygo cemented its image in the 1970s as “the kid’s soda.” And it wasn’t just because of the boat com­mercial. It was around this time that the brand began launching zany flavors that only a kid could dream up, let alone enjoy. Over the next few decades, the company released classics such as Cotton Candy, Candy Apple, and Rock & Rye (it’s impos­sible to pin­point exactly what this last one tastes like; It’s a bit like Inca Cola: some­where between bub­blegum and banana).

Right now, Faygo offers 52 flavors nationwide. It’s still one of the cheapest sodas on the market: A two liter bottle clocks in at only $1 in Hillsdale’s Market House, Kroger, and WalMart.

And for all its cheapness, it’s not bad. In 2009, the Conde Nast pub­li­cation Bon Appetit mag­azine voted Faygo’s Old Fash­ioned Root Beer as the best root beer in America. Imagine that! Conde Nast praising a place outside New York City. Who knows what Bon Appetit will do next? We’re coming up on the 10-year anniversary of this landmark decision; maybe they’ll finally release the Faygo-themed recipe for the fabled Belle Isle Iced Tea.

It’s a variant on the Long Island Iced Tea. Here’s what you do. Fill a cocktail shaker with ice. Pour equal parts vodka, rum, gin, tequila, and triple sec over ice; cover and shake. Pour the cocktail into a Collins or hur­ricane glass and top with splash of FAYGO for color. Garnish with a lemon slice.

It’ll be wild ride, but hey, in the hangover the morning after, Faygo remembers. 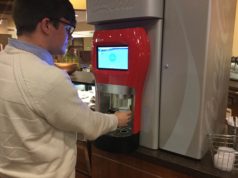