After earning her Bachelor of Science in chem­istry, Kathryn Wierenga ’16 is now a Ph.D. can­didate working in the lab­o­ratory of James J. Pestka, Ph.D. at Michigan State Uni­versity in the Department of Bio­chem­istry and Mol­e­cular Biology.

On Nov. 7, Wierenga came back to Hillsdale College and inspired stu­dents to attend graduate school through a pro­posal pre­sen­tation of her thesis work.

Wierenga said the goal of her lab is to under­stand why Lupus develops, and the focus of her research will be under­standing how docosa­hexaenoic acid and crys­talline silica influence the pro­gression of Lupus.

Lupus is a pro­to­typical autoimmune disease which is char­ac­terized by sys­temic inflam­mation and a loss of self-tol­erance, which means the immune system begins to attack itself. Wierenga said the devel­opment of lupus can be affected by an individual’s genetic makeup and can also be affected by the exposome.

In order to under­stand the rela­tionship between Lupus, docosa­hexaenoic acid, and crys­talline silica, Wierenga will focus on the alveolar macrophage.

“The alveolar macrophage is an early responder to crys­talline silica, and for this reason, I believe that by atten­u­ating this early alveolar macrophage mediator response, we may then be able to sup­press the down­stream silica trigger to autoim­munity,” she said.

Her overall objective is to determine how the Omega‑3 fatty acid docosa­hexaenoic acid influ­ences silica induced tox­icity in alveolar macrophages.

After gath­ering pre­lim­inary data, Wierenga formed a hypothesis for her thesis work.

Her research will address three spe­cific ques­tions about docosa­hexaenoic acid and its sus­pended par­tic­ulate matter. In order to answer these ques­tions, Wierenga has designed three sep­arate exper­i­ments to conduct her research.

Courtney Meyet, an assistant pro­fessor of chem­istry at Hillsdale College, said she was Wierenga’s thesis adviser when at Hillsdale. Wierenga worked alongside Meyet in the lab during her junior and senior year.

“I always knew that she was graduate school material, and she def­i­nitely had a mind for research — she had an intu­ition,” Meyet said. “She took her project, here at Hillsdale, in a direction I was not expecting her to take it.”

Meyet said she and Wierenga studied the syn­thesis of ben­z­im­i­da­zoles, which are bioactive com­pounds. They put together an initial hypothesis, but the reaction didn’t behave the way they had expected. Despite this setback, Meyet said Wierenga decided to take a dif­ferent approach to her research, and she began studying the for­mation rate of ben­z­im­i­dazole derivatives.

“I knew right then, she was def­i­nitely a researcher,” Meyet said. “Through her research here, she deter­mined that she would much rather do research than go onto medical school.”

Now, Meyet said she con­siders Wierenga a col­league. She said it is always rewarding to see her former stu­dents go on to be suc­cessful in graduate school.

“It’s great to see them grow as chemists and sci­en­tists and to just con­tinue to be part of that journey,” Meyet said. “I think that’s some­thing very special that happens at an insti­tution like Hillsdale College.”

“She’s taking a lot of things we’re learning here at Hillsdale and directly applying those skills to her exper­iment,” Mac­Donald-Gannon said. “For example, she talked about using ELISA, and I’ve been studying that, so I under­stood how and why she would do that.”

Mac­Donald-Gannon said she had never con­sidered graduate school, but she was inspired by Wierenga’s research and looks forward to beginning some of her own research.

“Now, I’m excited to take my bio­chem­istry lab next semester to see if I enjoy doing the processes I’ve learned about,” Mac­Donald-Gannon said. 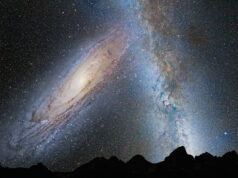