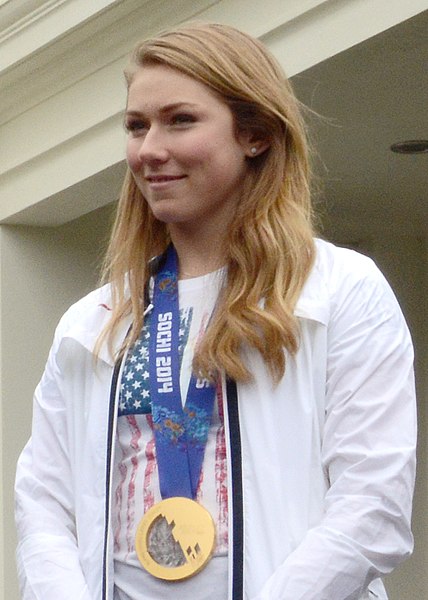 “The most important thing is that you just stay true to your own idea of what is beau­tiful,” said Mikaela Shiffrin, an American two-time Olympic gold medalist.

Her message on Maxim magazine’s HOT 100 list landed with a hollow, dull thud instead of the pow­erful, ultra-fem­inist punch it tried to pack. Since 2000, Maxim touts a list of the “World’s Sexiest Women” based on physical and super­ficial stan­dards. When asked to par­tic­ipate in Maxim’s 2018 shoot, Shiffrin opted to wear her ski jacket and gold medals over a bikini or dress because she rejects the idea that appear­ances alone makes a woman “sexy.” Her great dec­la­ration head­lined on CNN, but like so many nar­ra­tives that repeat them­selves and have little insight, her argument falls flat.

Throughout her on-camera interview, Shiffrin equated women pho­tographing in their bikinis with societal objec­ti­fi­cation. She fell into the dan­gerous assumption that because society asso­ciates physical demeanor with sex­iness, it somehow pres­sures these women into showing off their physique. It’s hard to believe that all of these women would will­ingly par­tic­ipate in some­thing they felt wholly degraded by (which is, after all, the essence of objec­ti­fi­cation). In fact, these women seemed flat­tered to receive recog­nition for their beauty along with their accom­plish­ments.

Shiffrin also assumed that she is making some sort of an impact on the culture’s per­ception of “hot” or “sexy” by refusing to wear a bikini. But she is not a role model — she is a puppet for the ruthless world of celebrity. At the end of the day, Shiffrin in her ski jacket still made Maxim’s HOT 100 because her beauty, success, and fame allowed her to remain a viable can­didate for their magazine’s aes­thetic.

If any­thing, Shiffrin’s statement was an even bigger gain for Maxim’s brand. The mag­azine is able to pretend they agree that “sexy” isn’t always nec­es­sarily physical while main­taining the status-quo by filling their pages with sump­tuous, lavish beauty.

Shiffrin gave them a new edge to market their mag­azine, which they used to preface their list:

“It would be easy to make the 2018 Maxim HOT 100 list all about physical beauty — after all, this year’s nom­inees have that in spades. But they’re far more than just pretty faces: The women who inspire us are multi-hyphenates, entre­pre­neurs, and risk-takers. Now more than ever, we need to cel­e­brate smart, pow­erful women who are breaking bound­aries (and looking damn good doing it).”

Maxim’s dis­closure would be true if they were referring to any other list of women. Think: Maxim’s HOT 100, but without the same public faces plucked from the aisles of grocery mag­a­zines racks. A look at the HOT 100 list shows that the accom­plish­ments and abil­ities of these women are sec­ondary to the glamazon image they are truly pro­moting. When all the flowery lan­guage of “true beauty” tires, it’s really the physical attributes that determine who makes the cut for pop culture’s “World’s Sexiest.”

Shiffrin wanted to stay true to her own idea of beau­tiful, but nobody got the message. All the readers got were the typical, mind-numbing pages upon pages of beauty, and oh yeah — there’s the Olympic gold medalist, clearly there by proxy of her physical looks like the rest of them, despite showing less skin.

In a way, Shiffrin is right: Beauty doesn’t always have to be physical. But when it’s sand­wiched between a glossy movie star in an evening gown and a seductive singer in a bikini, it’s hard to draw a dif­ferent con­clusion.