by Nicole Ault and Carmel Kookogey

Michigan’s three ballot pro­posals passed in Tuesday’s election, though Hillsdale County voters weren’t on board with two of them.

Nearly 52 percent of Hillsdale County voters affirmed Pro­posal 3, which will change several voting policies, and add an allowance for same-day voter reg­is­tration. But 53 percent of the county voted no on Pro­posal 1, which legalized recre­ational mar­i­juana throughout the state of Michigan, and nearly 48 percent voted against Pro­posal 2, which creates an inde­pendent redis­tricting com­mission.

Mayor Adam Stockford expressed concern that the new pro­posals only serve to further com­plicate Michigan law. Pro­posal 2 and 3 together add 9,000 words to the Michigan state con­sti­tution.

“In my per­sonal view, more com­pli­cated laws are never a good thing for people,” Stockford said.

Though recre­ational mar­i­juana will remain legal statewide regardless, the city of Hillsdale could opt out of allowing busi­nesses to sell mar­i­juana by a simple majority vote of the city council, Stockford said.

The Hillsdale City Council is cur­rently looking into the potential impacts of the legal­ization of recre­ational mar­i­juana dis­pen­saries and the leg­is­lation that might be required to opt out, said Hillsdale City Manager David Mackie.

Stockford said the city has hired a firm to help it through that process. The new state law will go into effect in 10 days.

“As far as busi­nesses go, the state has given the option to opt out, to say at least for right now we don’t want mar­i­juana busi­nesses within city limits,” Stockford said, com­paring the sit­u­ation to allowing a gentleman’s club or a casino to be brought in. “I don’t see the city of Hillsdale being ready to want to cater to busi­nesses like this.”

Stockford said he doesn’t think the legal­ization will have an impact one way or another, although perhaps the area might see an influx of people from Ohio and Indiana, where recre­ational mar­i­juana remains illegal.

“No one’s going to be stopped from exer­cising their indi­vidual rights,” Stockford said. “I don’t think it’s going to have a big impact one way or another.”

But Scott Hephner, the police and fire chief for the City of Hillsdale, said he has great con­cerns from a law enforcement per­spective. Drugged driving, youth over­doses, and crime rates have increased neg­a­tively in places such as Col­orado that have legalized the drug recre­ationally.

As fire chief, he said, he’s also con­cerned about more res­i­dential fires as a result of high-wattage light bulbs used for growing mar­i­juana, and butane used to extract oil from mar­i­juana.

“I foresee law enforcement still being heavily involved in mar­i­juana, just in a dif­ferent way,” he said, adding that he doubts the argument that law enforcement will have more time.

Eric Leutheuser said it will likely take a while before reg­u­lation and licensing roll out.

The second pro­posal on the ballot was a measure to set up a non­par­tisan com­mission to redraw Michigan’s dis­trict lines every 10 years. The pro­posal passed with 61 percent of the vote in Michigan, according to ABCNews 12, though it was defeated by a slim margin in Hillsdale County. The com­mission will be com­posed of 13 members, ran­domly selected from the Michigan pop­u­lation.

“Pro­posal 2 was most con­fusing because it sounded fair on the surface,” Leutheuser said. “Maybe it will be.”

Leutheuser said the pro­posal would take effect after the 2020 census, and after that, the Michigan sec­retary of state will solicit people to be on the com­mission.

Portteus pointed out that the newly-elected Sec­retary of State Jocelyn Benson, a Democrat, wrote a book arguing for the impor­tance of state sec­re­taries of state in 2010, entitled “State Sec­re­taries of State: Guardians of the Demo­c­ratic Process.”

“She now has the tool to draw Democrat-friendly dis­tricts in Michigan, and to claim later that it was fair and non­par­tisan,” Portteus said.

“Com­mis­sions like that are almost always a dis­aster for Repub­licans,” West said. “They typ­i­cally are taken over and run by smart lib­erals, who tend to run circles around the well-inten­tioned Repub­licans who are usually easily taken in by non-par­tisan lan­guage thrown at them by their political oppo­nents.”

Hillsdale College College Democrats Pres­ident Madeleine Hedrick said she thinks passing Pro­posal 2 was a good idea, and said she hopes it will combat voter fraud by allowing people to be more accu­rately rep­re­sented.

“I think if you want to talk about voter fraud, there’s fraud being com­mitted against voters by ger­ry­man­dering, which strips people of really their right to choose their own rep­re­sen­ta­tives, because their voices aren’t being accu­rately heard,” Hedrick said. “That dis­en­fran­chises Democrats, that dis­en­fran­chises Repub­licans, it’s bad for everyone. So I think Pro­posal 2 is great.”

Pro­posal 3, the only one of the three pro­posals which did pass in Hillsdale County on Tuesday, was a measure which allows voters to reg­ister to vote on the same day that they cast their ballots. Within the pro­posal were several sub­cat­e­gories, three of which were already Michigan statutes, according to Leutheuser.

He explained that these pre-existing statutes were added to Pro­posal 3 “like a little pumpkin spice, to make it more appe­tizing.”

Hillsdale County Clerk Marney Kast said in an email that she is not sure of the impact of the pro­posal but has doubts about it.

“I have not had the time to inves­tigate the cost, let alone the effects on the passage of Pro­posal 3 in our county,” Kast said. “I do know that my asso­ci­ation – Michigan Asso­ci­ation of County Clerks – has wanted the ‘No Reason Absent Voter’ for years, but to have it com­bined with every­thing else is not a good thing.”

Some concern with allowing voters to reg­ister and vote on the same day is that without a period of time in between to verify voters’ eli­gi­bility, voter fraud may increase sub­stan­tially. Stockford said he thinks this is “absolutely” a pos­si­bility.

Either way, Stockford said, allowing cit­izens to reg­ister and vote on the same day creates “a lot more work for election com­mission and county com­mission and vol­un­teers who help on election day.”

Part of a bigger picture

“The larger story is how ballot pro­posals are now this sort of response to the fact that Repub­licans have had both chambers and gov­er­nor­ships in a majority of states,” he said, adding that people have found ballot pro­posals to be a cost-effective way of changing policy.

The more wide­spread use of ballot pro­posals means people need to be “better edu­cated and more cau­tious,” he said. “Stay on your toes.”

They likely won’t fade away in the coming years, either, Leutheuser added.

“Being suc­cessful on those three will probably inspire more activism and petition gath­ering in the future,” he said. “And not just in Michigan.” 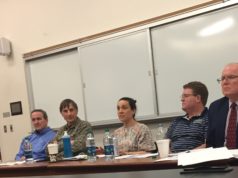 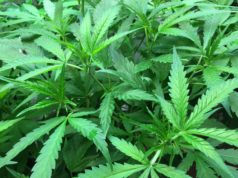 City Council listens to voters, opting out of weed ordinances