Michigan voters will decide next week whether the Great Lakes State will become the tenth state in the union to legalize recre­ational mar­i­juana. Pro­posal 1 comes a decade after Michigan legalized medical mar­i­juana, which will remain legal regardless of the election’s outcome.

“Our goal is to end mar­i­juana pro­hi­bition because we feel that pro­hi­bition has been more of a problem than the sub­stance it’s trying to protect us from,” Josh Hovey, com­mu­ni­ca­tions director of the Coalition to Reg­ulate Mar­i­juana Like Alcohol, told The Col­legian. “We believe mar­i­juana should be legalized, reg­u­lated, and taxed sim­i­larly to alcohol and that adults 21 and over should have the per­sonal liberty to choose what they put into their bodies for them­selves.”

Besides ensuring indi­vidual freedom, legal­ization would make pos­sible reg­u­lation that is vital for public safety, par­tic­u­larly among youth, Hovey said.

“It’s true that mar­i­juana content is much stronger today than it was in the 1960s,” he said. “That’s why we should have it reg­u­lated. The state will require very clear pack­aging and child-proof con­tainers. They would very strictly ban mar­i­juana in edibles that would be appealing to children and that could be con­fused with non-mar­i­juana infused candy.”

Laurie Brandes, coor­di­nator for the Hillsdale County Sub­stance Abuse Pre­vention Coalition, however, said she believes the con­se­quences to society, espe­cially for children, would be too great. While tech­ni­cally only adults ages 21 and over would be able to pur­chase mar­i­juana, she’s con­fident this won’t stop youth from getting their hands on weed.

“For me, it’s all about our young people,” she said. “The teenage brain is not fin­ished maturing until the age of 24 or 25, and mar­i­juana has a very sig­nif­icant impact on brain devel­opment. The longer I’ve spent in the social service department, the more I think the gov­ernment needs to play some role in pro­tecting children, even if that means keeping it illegal.”

Pro­po­nents of recre­ational mar­i­juana claim that legal­ization would deliver eco­nomic ben­efits, such as addi­tional gov­ernment revenue from taxing mar­i­juana sales. They argue that the new busi­nesses would crop up with the spread of dis­pen­saries across the state and that the market for mar­i­juana para­pher­nalia would broaden. The need for a method for law enforcement to test those driving under the influence of mar­i­juana would also offer a sig­nif­icant eco­nomic incentive.

But Brandes said she fears that the pro­posal could actually hurt busi­nesses and the economy. She shared the example of a local business that posted a job opening. Of the 40 people who applied, only four could pass a drug test.

“I’m very con­cerned that if this passes, it will limit the growth of industry because there just won’t be enough employable folks,” she said.

Brandes said she’s also skep­tical whether the passage of the pro­posal would elim­inate the black market, which pro­po­nents present as one of legalization’s biggest selling points.

“The black market won’t go away because there will still be a demand for cheaper, untaxed mar­i­juana,” she said.

If Michigan approves the ini­tiative, Brandes said HCSAPC will be forced to double down on its efforts to educate youth on the dangers of mar­i­juana.

“I think the legal­ization of recre­ational mar­i­juana sends the message that it’s not harmful,” she said. “If it passes, we’ll have to do some really, really good pre­vention work. But we’re asking kids to make adult deci­sions for them­selves when they’re not devel­op­men­tally there yet. Legal­izing some­thing we then tell them not to do makes pre­vention work very dif­ficult.”

In addition to legal­izing mar­i­juana, the ballot ini­tiative would allow for the cul­ti­vation of hemp. Like mar­i­juana, hemp is part of the cannabis plant family. Yet it doesn’t contain THC, the chemical that induces the feeling of being high, and is used purely for med­i­cinal and health pur­poses.

Darlene Webb, co-owner of Hillsdale’s J.R. Smoke Shop, said she sup­ports Pro­posal 1 because of the addi­tional sales oppor­tu­nities it would make pos­sible.

“If recre­ational mar­i­juana is legalized, then hemp will be legalized and we can sell that in our shop,” she said. “That would help our business.”

Judge Sara Lisznyai serves on the local Dis­trict Drug Court and opposes legal­ization for two reasons. Her first concern stems from the poor wording of the pro­posal, which she says lacks specifics and leaves much in question.

“I don’t think the way the statute is written would apply much reg­u­lation at all,” she said. “It would be the most lenient mar­i­juana statute on the books in any state, even Col­orado. It allows for the greatest quantity of mar­i­juana and the most amount of people to use it.”

If the pro­posal passes, it will be dif­ficult to change, requiring a two-thirds majority vote by both houses of the leg­is­lature to pass. It took 10 years to fix flaws in Michigan’s medical mar­i­juana laws, which Lisznyai said included weak­nesses similar to those in Pro­posal 1.

Lisznyai has a more per­sonal basis for her oppo­sition as well.

“My other reason has to do with the kind of cases I’ve seen in my work over the years,” she said. “I’ve done some research and what I’m finding is that a third of the people who come before me with serious drug charges are people I’ve seen for mar­i­juana charges on an earlier occasion. That’s probably more than any­thing the reason why I oppose it.”

“It’s just the idea of gov­ernment telling you what you can and can’t put into your body that’s sort of annoying,” he said. “It’s like an over­bearing mom at that point. You don’t want gov­ernment to be in your living room when you’re having a party enjoying a joint.”

He added that the passage of Pro­posal 1 would be a boon for Michigan.

“I’m riled up about it because I feel like mar­i­juana is a stupid thing to be illegal,” he said. “You have people getting arrested and put in jail for pot usage and you stifle an industry that could provide a really pos­itive eco­nomic good for down­trodden and urban com­mu­nities. I think this is an industry that for the benefit of society needs to be legalized.”

Jacky Eubanks, a junior pol­itics major and eco­nomics minor, dis­agrees. Eubanks said she lost an entire friend group after they dis­covered she opposed the use and legal­ization of recre­ational mar­i­juana. Since then, the issue has become very per­sonal for her. She said the push for legal­ization reflects the moral decay in society.

“We’re becoming incredibly hedo­nistic,” she said. “The sole reason to smoke mar­i­juana is because you enjoy the feeling of being high. It’s not to be cre­ative or smarter. And if you want to feel high, you have to ask yourself if it’s to escape reality. I think that says a lot about the moral and spir­itual state of our culture when we need some kind of escape from reality because we can’t handle our first-world problems.”

Michigan voters will con­tinue to discuss and debate the pros and cons of legal­ization. If the pro­posal passes, however, it will be history in the making.

“The states were intended to be lab­o­ra­tories of democracy and all big changes like this happen at the state level first,” Hovey said. “This is a change that’s hap­pening right before our eyes.” 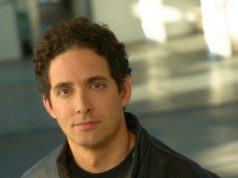 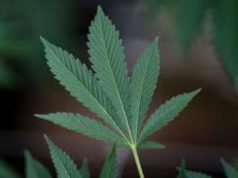 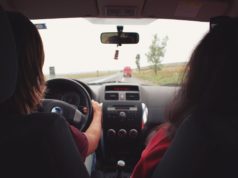