It seems strange to take two children who have both been raised to love America and tell one that they rightly belong in a foreign land they have never known simply because his parents were not also born in the U.S. But this is the logical con­se­quence of ending birthright cit­i­zenship.

One might argue that this only applies to people who are old enough to gain famil­iarity with the U.S. and come to identify with it. There’s a case for this: A pos­sible com­promise might reward birthright cit­i­zenship at a certain age rather than at birth. While this is more palatable than total oppo­sition to birthright cit­i­zenship, there are prin­cipled chal­lenges to it.

Why should we look at an infant and say she right­fully belongs in a land where she has never been, espe­cially when there is nobody in that land who can right­fully claim her? If the parents are sent back to the place of their rightful cit­i­zenship, we would cer­tainly want them to be able to bring the child back with them by their volition. But to say a child belongs where he has never been because of the cit­i­zenship status of his parents seems like a non sequitur.

If we do say that a child nec­es­sarily belongs else­where, I fear such an attitude would quickly lead to, if not foster, a xeno­phobic degrading of the children of immi­grants as second-class cit­izens. They would be seen as people whose claim to cit­i­zenship is weaker than the claims of those whose her­itage is more well rooted in the U.S. Such a position would not make much sense, but history has shown that bad ideas do not need to make sense to thrive.

Social con­tract theory could very well apply to ques­tions of immi­gration in the sense that someone can join our social con­tract through lawful means estab­lished by the gov­ernment to which we have con­sented. But this weaker appli­cation of social con­tract still permits birthright cit­i­zenship, on prin­ciple, as it has been com­monly under­stood and carried out for decades.

For our part, Hillsdale stu­dents should accept that from a prin­cipled stand­point, the common under­standing of birthright cit­i­zenship is the correct one.

Kyle Huitt is a senior studying phi­losophy and history. 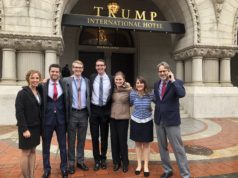 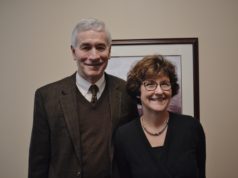 Blackstocks to retire from teaching after fall semester