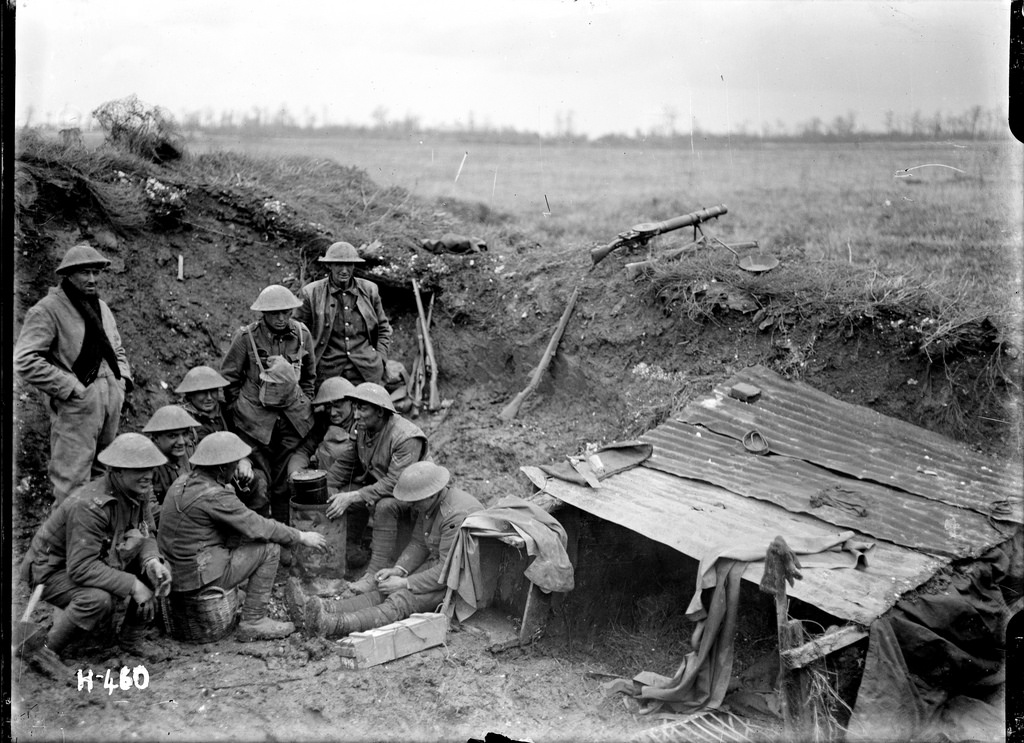 When the clock strikes 11 a.m. this November 11th, a century since the end of the First World War will have passed. But for much of the country, little notice will be paid.

While his­to­rians have come to label the Korean War as the so-called “For­gotten War,” this title is perhaps better suited to the con­flict first known as The Great War. Many coun­tries, like Great Britain and Canada, observe November 11th as Remem­brance Day, replete with solemn school assem­blies, moments of silence for the honored dead, and a near uni­versal wearing of a red poppy — a tribute largely to the over 9 million men who lost their lives in WWI between 1914 and 1918. But in the U.S., many Amer­icans will go about their business as usual.

Part of this is under­standable. American society and the press were deeply divided on the war from the beginning. With two years of fighting over and the horrors of the war’s major battles — Marne, Ypres, Verdun and Somme — in the rear-view mirror, the U.S. remained neutral in the chaos that was tearing Europe apart. Indeed, Woodrow Wilson’s 1916 reelection motto was “He Kept Us Out of War!” Even after war was declared (one month after Wilson’s second inau­gu­ration in Feb­ruary of 1917), pro-war sen­timent never fully took hold, and dissent and dis­sat­is­faction with America’s involvement in “Europe’s affairs” was high.

American troops didn’t land in France until June 1917 and did not engage in their first major battle until March 21, 1918 — defending the Western Front from a last-ditch German attack now known as the Spring Offensive. Within less than eight months, the war was over.

WWI lacks the blinding moral clarity of WWII. The sinking of the Lusi­tania, a British ocean liner and pas­senger ship, and the chance dis­covery of the nefarious Zim­merman telegram simply don’t compete with the horror of the heinous attack of Pearl Harbor in the American mind.

It’s hard to identify a “bad guy” in the First World War. The bel­ligerents of WWI are com­pli­cated. Women, children, and unarmed civilians were abused and mis­treated on all sides of the con­flict. Chlorine gas was developed by the Germans, but both the British and the Germans deployed it on helpless men in combat. Instead of a crusade to help lib­erate the free world from Nazi and fascist tyranny, American involvement in WWI put it on the side of one group of nation­alist and impe­ri­alist nations fighting another group of the same — all seem­ingly over Belgian neu­trality.

The dif­fi­culty in wrapping WWI up in a neat and tidy “good v. evil” morality play is borne out in the dis­parity between the number of note­worthy films about each world war. Classic films about WWI can be counted on one hand. On the other hand, WWII boasts the cin­e­matic achieve­ments of “Saving Private Ryan,” “Dunkirk,” “Atonement,” “Patton,” “The Thin Red Line,” “Flags of our Fathers,” “The Longest Day,” and more than 50 other good films.

So, why should Amer­icans care more about WWI? Why should this November 11th be a weighty and reflective day of remem­brance?

There are important lessons to be learned from WWI.

War is a ter­rible, hor­rendous, and awful under­taking. WWI is perhaps the best example in modern history of how senseless and pitiless it can be. At the start of the war, many brave young enlisted men still held the opinion that war was a gallant and splendid thing. The real­ities of machine guns, barbed wire, trenches, and poison gas put an end to that illusion once and for all. Sol­diers quickly under­stood General William Tecumseh Sherman’s warning from decades earlier that “the glory” of war was all “moon­shine.”

As mem­o­rable as the heroic moments of WWII are — whether it be D‑Day, the lib­er­ation of the con­cen­tration camps, the Battle of Britain, Iwo Jima, or the mirac­ulous evac­u­ation of Dunkirk — we need to remember WWI as a reminder of the exceed­ingly high costs of war.

In just one and a half years of fighting, more than 116,000 Amer­icans lost their lives and another 200,000 were wounded. To put it in per­spective, more Amer­icans died in WWI then those who died in the Spanish-American War, Korean War, Vietnam War, Persian Gulf War and the wars in Afghanistan and Iraq com­bined, according to the American Bat­tle­field Trust. Fam­ilies across the nation were shat­tered and the lives of sur­viving loved ones were forever changed.

The unbe­lievable loss of life seen in WWI is a reminder that pru­dence, thoughtful debate, and, above all, prayer must guide the hand of the Pres­ident and his foreign policy leaders today.

This Vet­erans Day, pray for our ser­vicemen past and present. If you happen to see a veteran or serving member of the armed forces, make the time to shake their hand and thank them for their service to this great country. And take a moment to remember those who gave their lives in the largely for­gotten Great War — lest we forget.

Joshua Lawson is a graduate student at the Van Andel Graduate School of States­manship. 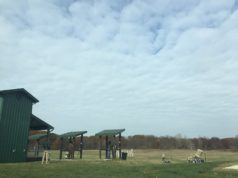 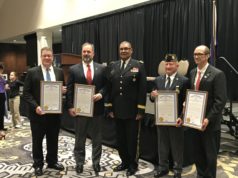 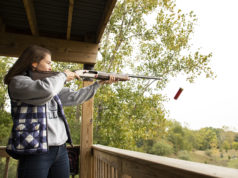