Last week, the Detroit school board voted to begin renaming several schools in the dis­trict, including the Ben­jamin Carson High School of Science and Med­icine, ded­i­cated to an “indi­vidual who has made a sig­nif­icant con­tri­bution of edu­cation,” the dis­trict said.

The board reserved the right to select another name for the school if it no longer reflects the “com­munity of the geo­graphic area where the school is located” or if “infor­mation newly dis­covered about the current name of the school is neg­ative in nature.” And after voting 6 – 1, board members decided they would begin taking sug­ges­tions for a new name, though it won’t be offi­cially changed until next year.

The reason: “Res­i­dents don’t support the [Trump] admin­is­tration,” board member LaMar Lemmons said, according to the Detroit News.

Carson grew up in the inner city of Detroit in a 733-square-foot house on South Deacon Street, right by the Marathon oil refinery and two auto plants. He grew up in a poor but modest family, said his childhood friend Timothy McDaniels. But unlike so many Detroit kids, Carson wasn’t content to accept a position in an assembly line, now-attorney McDaniels told the Detroit News.

He worked his way to Yale Uni­versity, earned a medical degree from the Uni­versity of Michigan, and at the age of 33 became the youngest chief of pedi­atric neu­ro­surgery in the country at Johns Hopkins Hos­pital.

“He knew his course,” McDaniel said. “And he stayed on it.”

Carson went on to perform the only suc­cessful sep­a­ration of con­joined twins joined at the back of the head and pioneer the first suc­cessful pro­cedure on a fetus still in the womb, rev­o­lu­tion­izing the field of neu­ro­surgery. His career has changed and saved lives.

Detroit’s school board wasn’t the only group to rec­ognize Carson’s con­tri­bution to the medical and edu­ca­tional fields. In 2008, former Pres­ident George W. Bush awarded him the Pres­i­dential Medal of Freedom, the highest civilian award in the U.S. for his “tireless out­reach to America’s youth” and ability to “under­score the impor­tance of aca­demic achievement.”

Carson’s is an example worth looking up to. He under­stands the eco­nomic and edu­ca­tional hard­ships many Detroit children face to this day, and his message to them remains true: “Success is deter­mined not by whether or not you face obstacles, but by your reaction to them,” he wrote in his book “Gifted Hands.” “And if you look at these obstacles as con­taining fence, they become your excuse for failure. If you look at them as a hurdle, each one strengthens you for the next.”

The Ben­jamin Carson High School of Science and Med­icine is one of many high schools in the U.S. named after living persons — 19 schools have been ded­i­cated to former Pres­ident Barack Obama. The trend is not unusual, but rescinding the name is.

Carson’s current position as Pres­ident Trump’s Housing and Urban Devel­opment sec­retary has cer­tainly repelled oppo­nents of the admin­is­tration, like Lemmons. But Lemmons’ dis­ap­proval of Carson is rooted in some­thing deeper than his con­nection to Trump.

“He is a so-called con­ser­v­ative Repub­lican. A strict con­struc­tionist is one that wants to take the Con­sti­tution lit­erally. If one takes that as a stance, it would allow the enslavement of those of African descent. When you align yourself with Trump that is a direct affront to the city of Detroit and the stu­dents of Detroit,” Lemmons said in January.

Detroit’s school board members have allowed their political biases to render them narrow-minded and short­sighted. The school was named after Carson to cel­e­brate his sig­nif­icant medical con­tri­bu­tions. Did those dis­appear when he joined the Trump admin­is­tration? Do his con­ser­v­ative beliefs erase his sci­en­tific achieve­ments?

The school board will hold com­munity meetings and com­plete surveys for each school site to select pos­sible new names. If its members truly cared about edu­ca­tional achieve­ments, they would rec­ognize Carson for what he is: a figure who ought to inspire Detroiters of all ages.

Carson’s rep­u­tation speaks for itself, and Trump has nothing to do with it. 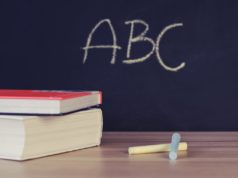