As con­cerns about school safety heighten, the State of Michigan has responded by giving $25 million in grants to schools around the state in order to fortify school cam­puses. After applying for this grant, Jonesville public schools will receive $224,473.

Super­in­tendent of Jonesville Com­munity Schools Chellie Broe­samle was respon­sible for writing the grant pro­posal, which she sub­mitted in early Sep­tember and received approval at the end of October.

A few of the upgrades include bul­let­proof bal­listic shields which will fortify windows, placards for each classroom so that police officers can easily identify a spe­cific classroom, a lighting system to notify people that there is a lockdown, and a sound system which will notify police officers the exact location of a gunshot and the gun that was used.

Another one of the upgrades is the Boot, which is a rec­tan­gular-shaped plate of thick steel, meant to with­stand 16,000 pounds of pressure. Once the Boot is pulled from its case, an alert is sent to the police station and emer­gency ser­vices that an intruder is on the premises. Placed next to any door, the Boot then serves as a bar­ricade of sorts.

“The BOOT system has been shown to delay an intruder from getting into the classroom,” Jonesville Police Chief Mike Lance said. “It’s probably one of the most simple but most effective things I’ve seen in law enforcement in terms of getting the door secure.”

Many of these upgrades are meant to delay the intruder for as long as pos­sible.

“The hope is you save the time so people can shut the doors, lock them out and then you’re safe,” Broe­samle said.

Before writing the pro­posal every school had to update all safety plans for each school in order to qualify for the grant.

“Jonesville Com­munity Schools takes the safety and security of their stu­dents and staff very seri­ously,” Sanford wrote in an email. “And they have developed a good plan that more than met all of the require­ments put in place by the State of Michigan.”

After this process was fin­ished, Broe­samle created a list of security upgrades the schools wanted to make.

According to Sanford, his expe­ri­ences with Broe­samle have shown her to be par­tic­u­larly ded­i­cated.

“She is always top notch, gets things done, and works in the best interest of her stu­dents and dis­trict,” Sanford said.

Now that the grant has been approved, the next step is to request the money from the school board and start making pur­chases. The state will then reim­burse these pur­chases.

Given the seeming increase in school shootings, security upgrades have become what seems like a necessity. In his inter­ac­tions with com­munity members, Lance has seen a ded­i­cation to keeping the children of Jonesville schools safe.

“Every time there’s been a school shooting we always have somebody that comes to the school that wants to take an active role,” Lance said. “I’ve had retired service people, grand­fa­thers, who would say they would come to the school and act as a security guard. Without fail it happens every time.”

Despite this ulti­mately not being an option, Lance says the security upgrades provide a tan­gible step in pre­venting a school emer­gency.

“They want to make sure their kids are safe there,” Lance said. “It’s very good that you can tell them that these things are being imple­mented.”

Broe­samle has also had good expe­ri­ences with the parents of Jonesville stu­dents.

“Our stu­dents and parents are very good about alerting us if they think there’s some­thing out there on Facebook or some­thing,” Broe­samle said. “They have been phe­nomenal in that area. People are aware and paying attention.”

Throughout this process, Broe­samle has struggled to determine how much the school should be for­tified.

“You would like schools to just be open,” she said. “That’s what I struggle with. How much do you fortify a school? We want it to be a wel­coming place.”

Broe­samle has tried to find a happy balance between the two.

“We try to make sure it’s wel­coming but still has safety in place that’s going to make it work,” Broe­samle said.

However, Broe­samle feels that the Jonesville com­munity is ulti­mately a safe place to live.

“This is a safe com­munity,” she said. “It’s a very won­derful place to raise your kids and send your kids to school. This is just an extra oppor­tunity to provide safety in case some­thing ever did happen.” 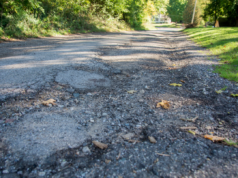 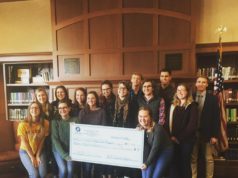