This fall, Senior Gill West became the first Hillsdale student to qualify as a finalist for the British Mar­shall Schol­arship, which CBS News calls the most pres­ti­gious graduate schol­arship in America.

The Mar­shall Schol­ar­ships help stu­dents from the United States attend any uni­versity in the U.K. in memory of the Mar­shall Plan’s assis­tance in rebuilding and revi­tal­izing post-war Europe.

The Mar­shall was founded by an Act of the British Par­liament in 1953, and is pri­marily funded by the Foreign and Com­mon­wealth Office. It was named after General George Mar­shall, who served as U.S. Sec­retary of Defense under Pres­ident Harry Truman and won the Nobel Peace Prize for his work on the Mar­shall Plan.

“As future leaders, with a lasting under­standing of British society, Mar­shall Scholars will strengthen the enduring rela­tionship between the British and American peoples, their gov­ern­ments and their insti­tu­tions,” the scholarship’s mission statement reads.

“I didn’t expect to get it, but I wanted to give it a shot for Hillsdale more than any­thing,” West said. “I think that Hillsdale is amazing, and the stu­dents who come out of here are just as equipped to do these kinds of things as people at the Ivys. But we just don’t have any recog­nition for it.”

Up to 40 Mar­shall Schol­ar­ships are awarded annually to can­di­dates from eight regions of the United States, who receive the endorsement of their edu­ca­tional insti­tution. Roughly 1,000 can­di­dates apply each year, but only 4 percent are usually accepted. Hillsdale’s faculty includes Mar­shall scholars, but no student in recent college history has made it into the finals.

“This is a break­through. I’ve been involved with this now for 11 years, and we haven’t had any break­throughs. It’s been dis­heart­ening,” Pro­fessor of History Paul Rahe said. “This is a good sign. If you can get one into the finals, there’s no reason you can’t get another one to the finals. Gill may be the one who pio­neers this [for Hillsdale].”

West wanted to use the schol­arship to study the phi­losophy of math­e­matics at Oxford Uni­versity.

“I wanted to go and study phi­losophy of math so I could prove to myself that math­e­matics is really grounded in physical reality,” West said. “The reason I wanted to study this is that I don’t know if it can hold up in modern math. But if math isn’t about any­thing, it would cease to be beau­tiful to me, which is why I want to show that it is about some­thing outside of just mental con­struc­tions.”

“Gill was a bit dif­ferent because there was some­thing about him that sug­gested that he wasn’t just a good student,” Rahe said. “They are looking for people who are going to make a big dif­ference, who have dis­tin­guished them­selves in some way.”

“The interview was pretty intensive,” West said. “But Hillsdale just came around me and showed what Hillsdale is, which is an amazing com­munity of people who love to learn and who care about you.”

In most inter­views, the chair of the com­mittee asks intro­ductory ques­tions, and then a spe­cialist in the appli­cants’ field of study takes over. In West’s case, the spe­cialist was a lawyer, but West had pre­pared for ques­tions about the phi­losophy of math, West said.

“I’m really proud of Gill and what he did, and I think whether or not one wins these schol­ar­ships, the skills and kind of mind that got him into the finals don’t go away,” Wales said.

West is planning on even­tually attending law school and is con­sid­ering joining the Marines after grad­u­ating. 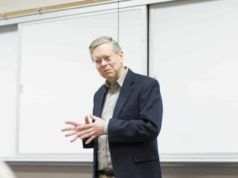 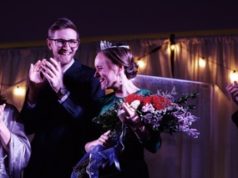